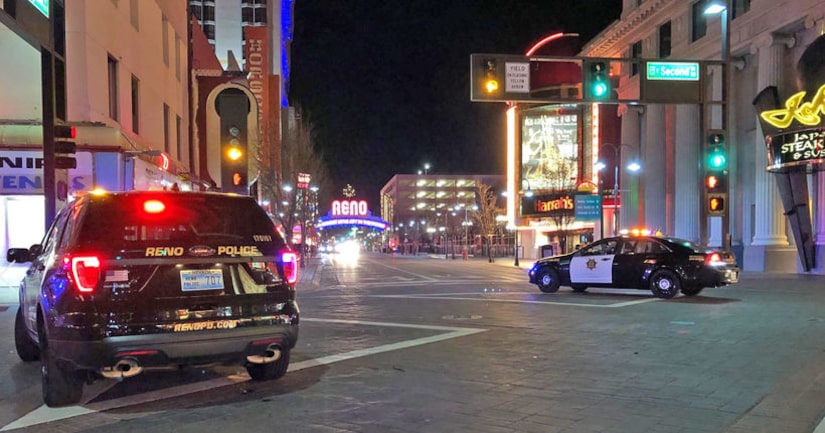 RENO, Nev. -- (KRXI) -- The suspect in an active shooter situation was killed by law enforcement after firing gunshots from the Montage apartments in downtown Reno Tuesday night, a spokesman for the Reno Police Department said.

Police are on scene at the complex at Sierra Street and Commercial Row, where law enforcement surrounded an apartment building after receiving reports of a shooter firing down from an "elevated position."

Officer Tim Broadway said in an early press briefing that the suspect, identified as a male, was "contained" in the Montage, and authorities were negotiating with him.

Police then announced that the suspect was detained and there was no further threat. An official later confirmed the man died following an exchange of gunfire between him and law enforcement officers.

News 4-Fox 11's Ben Margiott reported hearing seven shots fired after he arrived on scene. Police said the gunman was firing east from an 8th-floor room that was overlooking N. Sierra Street and much of downtown.

Police say the male suspect continued to actively fire his weapon which required immediate response from the Reno Police Department and Washoe County Sheriff's Office's SWAT teams. When members converged on his room, that's when authorities say the officer-involved shooting took place. Medical staff provided the suspect with aid, however, he was pronounced dead at a local hospital.

A woman in the room with the suspect, described as a hostage, was able to get out unharmed, police said, and no injuries were reported by either law enforcement officers or bystanders.

The woman in the room was one of the first people to call 911, an official said. The relationship between the suspect and woman was not immediately known

Police and security were keeping people sheltered in place at nearby casino-resorts, with some of the residents inside the Montage evacuated to the casinos, according to police.

N. Virginia and Sierra streets remained closed, along with some surrounding streets by the Montage, as of Tuesday night. It was unclear when they would reopen.

People inside the casinos were allowed to leave the buildings and walk around downtown by about 8:50 p.m.

The suspect has not been identified, but police have said he was in his 30s.

After the situation was contained, police determined that a citizen received a superficial injury to her hand that did not require medical attention. At this time, there is no information that any other citizens or law enforcement personnel were injured.

The Sparks Police Department confirmed it will lead the investigation into the exchange of gunfire between police and the suspect, per the regional officer-involved shooting protocol.