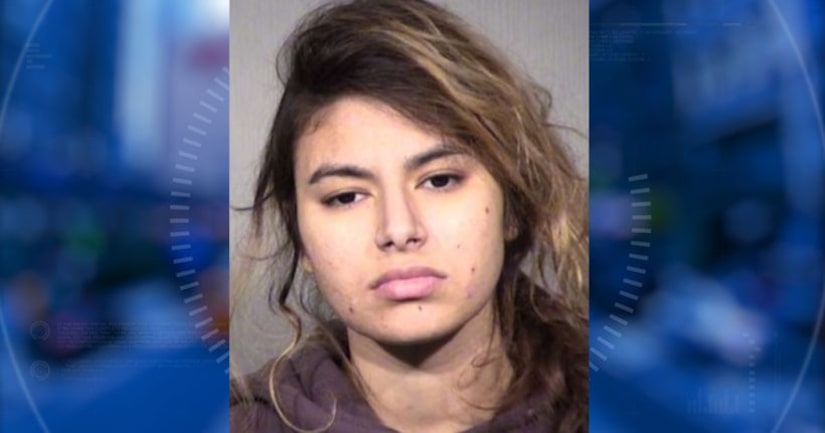 MESA, Ariz. -- (KNXV) -- A Mesa father was cut with a knife, bit and beaten with a cell phone as he prevented the drunken mom from taking their son.

Mesa Police report that on November 25, at a home near Broadway and Dobson roads, an argument escalated as 22-year-old Stephanie Camera slashed a man's arm with a knife while he was holding their son.

The victim refused to let Camera take their son with her because she was allegedly intoxicated at the time. A friend of Camera reportedly grabbed the victim, causing him to fall on a couch.

Camera allegedly struck him in the face with her cell phone as she was trying to pull the child away from him.

As they fought over the child, Camera also allegedly bit the victim, trying to get him to release the boy.

Camera would later reportedly admit to assaulting the victim.