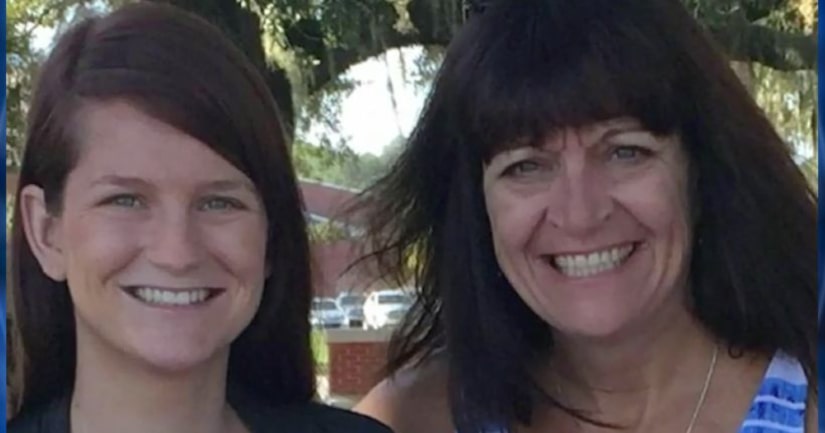 ORLANDO -- (WKMG) -- A man accused of killing his mother and attempting to kill his sister used an ax in the fatal attack Monday night, according to officials with the Orange County Sheriff's Office.

An arrest affidavit released to the media on Wednesday provided new details of what happened at the home in the 14000 block of Rensselaer Road.

Deputies said Autumn Farney was at the home with her mother and brother Monday night when she heard her mother, Lori Farney, scream "Adam, no" from the back porch.

Autumn Farney ran outside and found her brother, Adam Farney, standing over their mother while holding what appeared to be an ax, the report said. Autumn Farney asked her brother what happened and he grabbed a knife and stabbed her in the collar bone as the two struggled over the weapon, according to the affidavit.

Deputies said Autumn Farney wrestled the knife away from her brother, but he continued to fight to get it back, even grabbing her by the throat and attempting to strangle her.

Adam Farney, 27, grabbed his sister and dragged her to the pool and held her underwater so she couldn't breathe as she swung the knife at him in an attempt to stop the attack, according to the affidavit.

Eventually, Autumn Farney was able to get out of the pool and throw the knife under a fence to keep it away from Adam Farney, then ran next door to a neighbor's home to call 911 at 10:53 p.m., authorities said.

Deputies arrived at the scene, but were unable to make contact with Adam Farney for several hours. Lori Farney was declared deceased at 2:59 a.m. Tuesday, and Adam Farney was taken to Orlando Regional Medical Center, the report said.

An ax and a black pocket knife that matched the description Autumn Farney provided were found at the home. Autumn Farney's 2-year-old son was at the home during the murder, but did not witness the attack and was not injured, according to the affidavit.