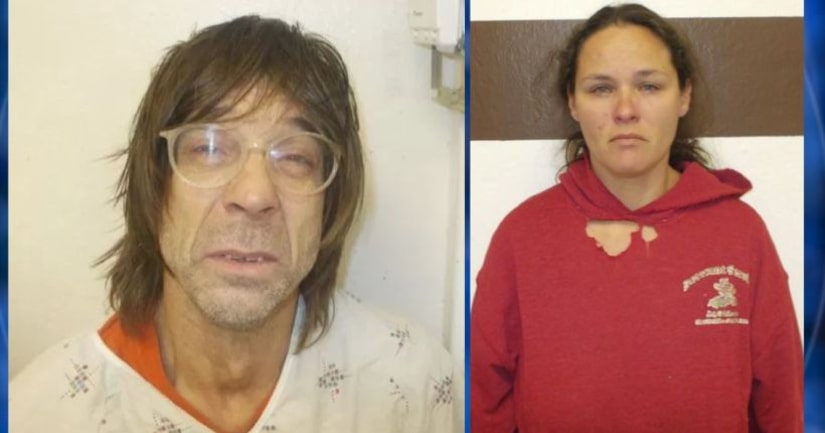 GOLTRY, Okla. -- (KFOR) -- An Oklahoma man accused of raping a young teenage girl reportedly defended his actions by saying he was “teaching her about sex.”

Sharp is accused of failing to report or protect an 8-year-old girl from sexual abuse by another young boy.

The woman reportedly walked into a bedroom and observed the boy putting his hands into the young girl's pants.

She said she told him to stop and left the room, an affidavit states.

However, she never reported the assault to authorities.

According to an affidavit obtained by the Enid News and Eagle, when officials questioned the boy, he told authorities that he had sex with the 8-year-old girl.

After officials learned about the abuse, Sharp was arrested and charged with child neglect.

According to an affidavit, the 13-year-old girl said James had raped her. When she told Sharp what happened, James reportedly said he was “teaching her about sex.”

Sharp did not report the sexual abuse by James.

Sharp said at one point, she even witnessed James sexually abusing the girl. She said when she confronted him about it, he said he was “teaching her about what boys might do.”

Again, she did not report the abuse.

According to the Enid News and Eagle, Sharp told authorities she didn't ask James to leave the home after learning of the abuse because he had nowhere to go and that he “does things for her.”