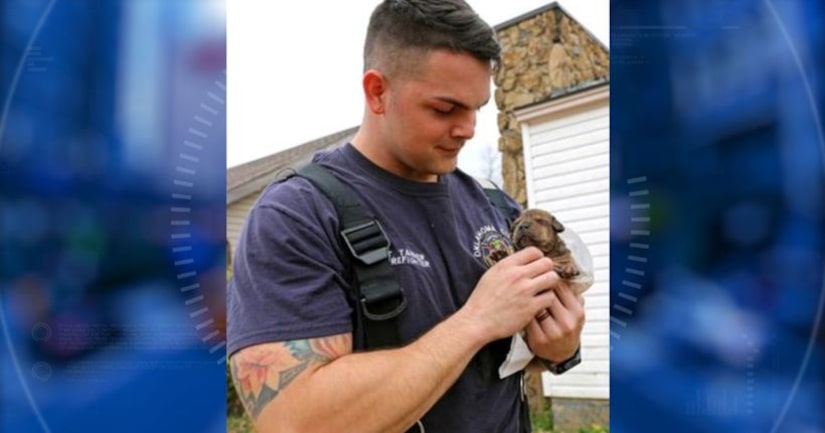 When crews arrived, smoke was showing from the rear of the single-story home.

Crews determined the fire was on the exterior of the home and fought it from a distance due to a large dog in the backyard.

After determining the dog was friendly, firefighters made their way to the back of the home and quickly put out the fire.

Officials say the fire was started by a space heater in a dog house next to the rear of the home.

The dog house had six puppies inside. All but one died.