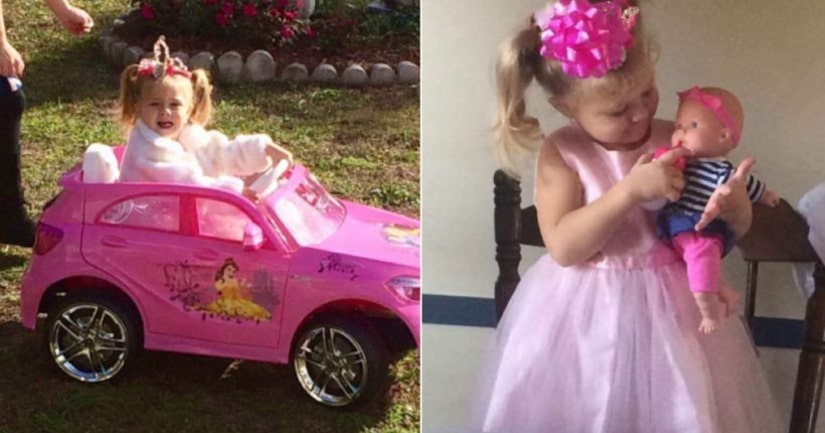 JACKSONVILLE, N.C. -- (WSOC) -- The FBI is now involved in the search for a missing 3-year-old girl who disappeared in the middle of the night in Onslow County.

An Amber Alert was issued Monday for Mariah Kay Wood, who was last seen Sunday night when her mother put her to bed at their home on Dawson Cabin Road in Jacksonville.

The girl's mother, Kristy Woods, is pleading for her daughter's safe return.

"Please, bring her back ... She's my baby, she's my everything,” said Woods during a press conference. “Just to be able to touch her and hold her and not let her go again. I'd give anything."

First responders spent Monday searching by air and on the ground.

“[Officials are] working everything that can be worked to find this little girl,” said Sheriff Hans Miller.

Four volunteer fire departments, the Onslow County Sherriff's Department and K-9 units conducted a search in the wooded area behind the girl's home as well as surrounding wooded areas, WCTI reported. They also used a helicopter and drones to aid in the search.

Officials have interviewed both Woods' mother and her live-in boyfriend and conducted a search of their home and vehicle, WCTI reported.

"I don't believe she would go out by herself, especially in the dark," said the girl's grandmother, Anne Edwards. “She's a sweet child but she's shy with strangers. So, she wouldn't just go with a stranger."

Edwards said the 3-year-old struggles to get around on her own and wears leg braces for assistance.