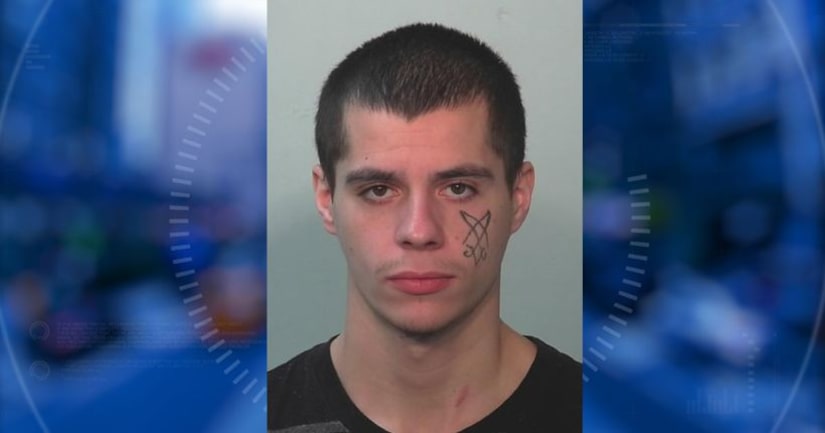 FORT WAYNE, Ind. -- (WANE) -- Fort Wayne police have arrested a man for murder, following the death of a gas station attendant on Thanksgiving.

According to investigators, police were called to the Meijer gas station, 6327 Lima Road, around 8:15 p.m. Thursday after the holdup alarm was activated.

Police told NewsChannel 15 the suspect, later identified as Rivera, was trying to rob the gas station when a at least one shot was fired at an employee.

Another employee was working inside the cooler and heard the gunshot. That person was not hurt.

The victim was identified by family members as 25-year-old Jacob Walerko.

The Allen County Coroner has not released details about the victim, including an exact cause and manner of death. That information is expected Monday.

Evelyn Clark, a former roommate of Rivera, said she feared he was coming to kill her after the gas station robbery. She had kicked him out of her house two weeks ago. He told her he was going to kill her, according to Clark.

“I didn't believe he would ever do anything like that,” Clark told NewsChannel 15. “Now knowing that he did it to this man and knowing what he's capable of, I fear for my own life. If Victor ever gets out, I'm a dead woman.”

An initial court date for Rivera is unknown. Online court records have yet disclose information about the case.

She's relieved that Rivera is in custody, but also saddened.

“The thing that hurts me the most is that Victor has ruined his life,” she continued. “He's ruined it. He'll never come back from this.”

She and her two roommates had taken Rivera into their home after his mother left him in the summer. They were looking out for him, but they said he was dependent on drugs and dangerous.

Two weeks ago, he threw hot coffee in one of their faces, scarring the woman. That's when the roommates kicked Rivera out of the house.

A friend of Rivera's said he was shocked, but thinks Rivera was drunk when he attempted to rob the gas station.