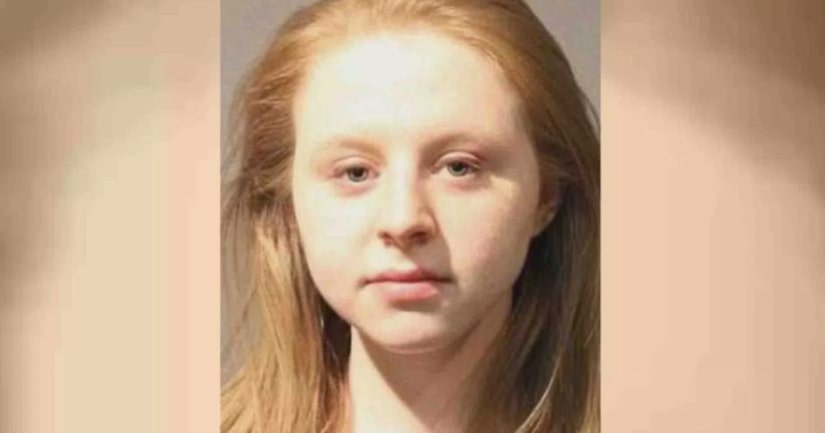 ST. JOHN, Ind. -- (WGN) -- A northwest Indiana teacher is behind bars and facing drug charges after students say they caught her doing cocaine in the classroom, and recorded the alleged act on video.

"She's in the corner, hiding with a chair and a book and what appears to be cocaine, putting it into lines," said junior Will Rogers, who shot video of the scene through the window on the locked classroom door at 10:30 a.m. Wednesday.

Will says at first, it wasn't really clear to him what he'd just seen.

“When I actually watched the footage again and again and I just realized that my English teacher just did cocaine,” Rogers said.

The video spread like digital wildfire among the 3,400 students at lake central high school.

Officials at Lake Central High School contacted police around 11:30 a.m. on suspicion that a teacher possessed an illegal narcotic on school property, according to police.

Police led 24-year-old teacher Samantha Cox from the school in handcuffs, and she now faces charges of possessing a controlled substance and drug paraphernalia. Students described Cox as a popular English teacher in her second year at the school.

In a release, police praised students at the school, who they say first notified school administrators about suspicions Cox possessed a drug on school property. Police have not commented on the videos posted by students.

As part of their investigation, St. John police called for assistance from nearby Dyer, which provided a drug-sniffing dog.

School officials sent a robocall from Lake Central Superintendent Larry Veracco to parents and said there had been a situation with a teacher.

“Earlier today, lake central administration was made aware of a situation regarding a teacher at Lake Central High School. Swift and forceful action was taken," Veracco said in the robocall.

“I'm grateful that they found out when they did and they were quick-acting," said parent Shannon McGrath.

FULL STORY: Teacher arrested after students say she was doing cocaine in the classroom - WGN