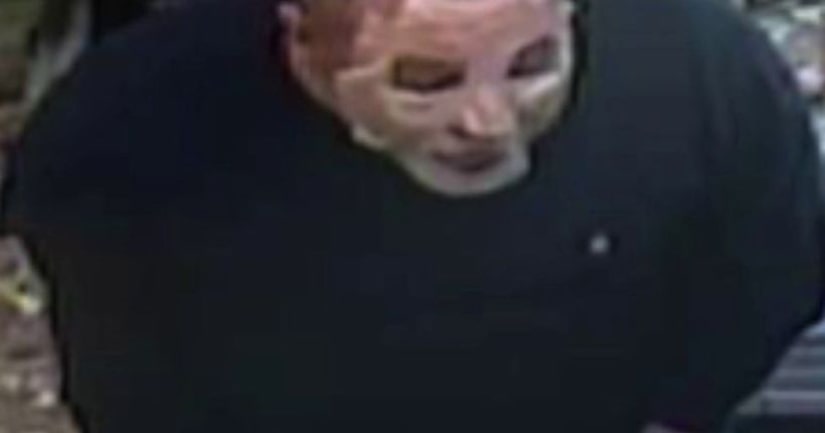 LOS ANGELES -- (KTLA) -- Police on Tuesday asked for the public's help to find a man sought in a series of at least six armed robberies that took place in the past two weeks in the Eagle Rock and Highland Park areas.

In each of the robberies, a man wearing a white paper mask enters a business and demands cash, according to a Los Angeles Police Department news release.

"He said, 'Open the registers, hurry up.' And when he said "hurry up," he flashed a revolver or pistol. And that's when we gave him all the money," said Junne Valencia, an employee at a frozen yogurt shop that the suspect robbed. "He just left right away."