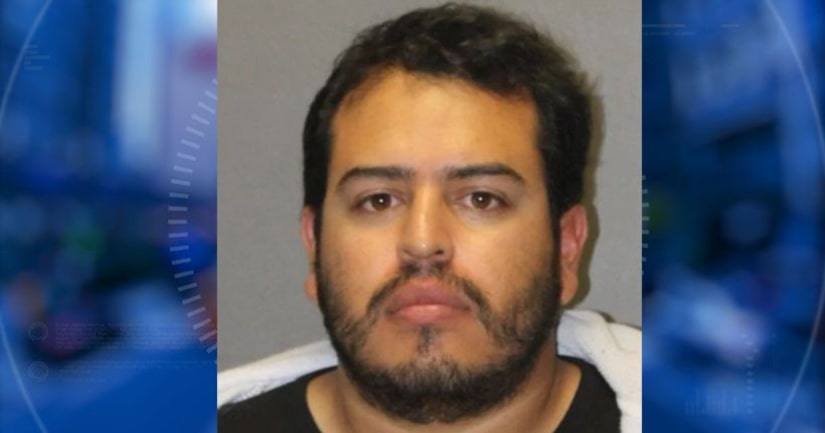 PALMDALE, Calif. -- (KTLA) -- A Palmdale man has been charged with battery and attempted vandalism after allegedly ejaculating into his female coworker's water bottles, putting semen in her honey jar and smearing semen on her computer mouse and keyboard, prosecutors announced Tuesday.

Stevens Millancastro, 27, allegedly masturbated at his La Palma place of work and put his semen in the victim's honey jar. The two have worked together since 2014, according to the Orange County District Attorney's Office.

The victim apparently consumed the contaminated honey every other day between Nov. 24, 2016, and Jan. 13, 2017. The defendant also allegedly ejaculated into her water bottle on two separate occasions during the same time frame.

"The victim noticed the water looked cloudy and threw the bottles away each time," the DA's office said in a news release.

On Jan. 9, the woman, identified only as "Jane Doe" noticed a third bottle on her desk that appeared to be contaminated with semen and she reported the incident to her supervisor. The supervisor set up a surveillance camera in the victim's office that day.

The victim sat at her desk on Jan. 23 and touched her mouse, which was smeared with semen, officials said. The defendant was allegedly seen on surveillance video going into the victim's office before that incident.

Jane Doe reported the incidents to the La Palma Police Department, which investigated. Millan was arrested on Tuesday in connection with the incidents.

Neither police nor prosecutors have described a motive for the crimes.

A coworker at Mega Western Sales, where the two worked, told KTLA the victim had filed a sexual harassment complaint against the suspect, and he had to go through a training program as a result.

It was after that the victim noticed her water bottles appeared cloudy, and her computer, mouse and keyboard had something on them, the coworker said.

The victim then went to the office manager, who set up a hidden camera and identified Millan as the alleged culprit, according to the coworker. He was fired in January.

Millan was charged on Nov. 17 with five misdemeanor counts. He also faces a special enhancement of committing the crimes for the purpose of sexual gratification.

With those charges, the DA's office said it's possible to require him to register as a sex offender if he's convicted — even if the charges don't normally carry that penalty.