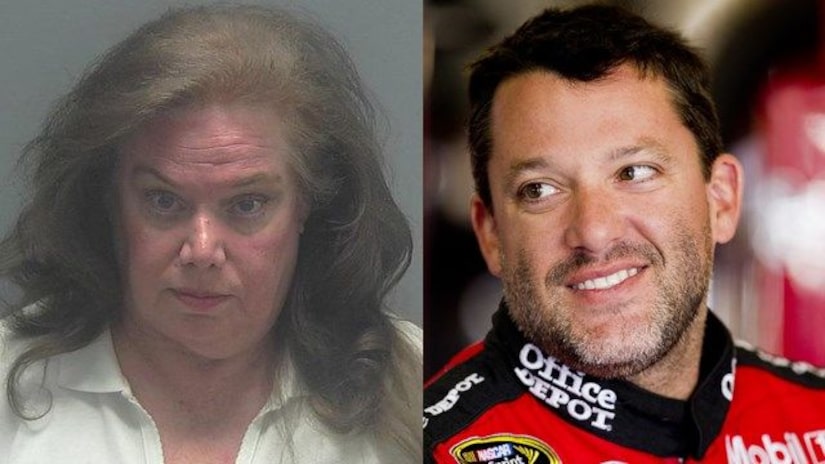 Kathi Russell, 68, made hundreds of anonymous calls to Stewart and his family from March 2016 through October 2017, court documents said.

WRTV in Indiana said the stalking started when Russell got mad at Stewart for not signing a piece of memorabilia.

The Stewart family took out a protective order against Russell after they found out she was connected to making anonymous phones calls to them and business associates. Russell allegedly made other calls to fellow NASCAR drivers, sponsors of Stewart and media outlets.

The calls didn't stop. More came in between Jan. 2017 and April 2017. Family members said a recording of the song 'Psycho Killer' by the Talking Heads would play with the words, "We came, we saw, he died," during the call.

The calls were once again traced to Russell.

Court documents also said Russell mailed a letter to the law firm representing Stewart's family that contained a white powdery substance. It was later discovered to be baking soda.