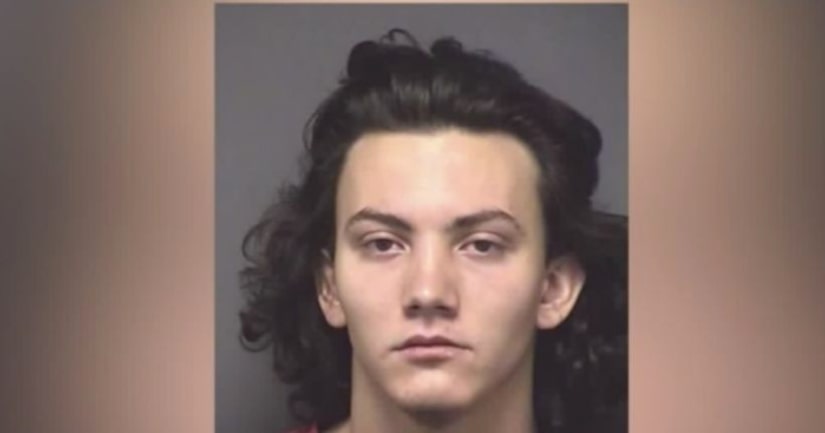 GREENSBORO, N.C. -- (KTLA) -- A North Carolina man is behind bars after police say he got in an argument with his friend, backed over him with his truck, then broke into a nearby home where he collapsed, according to WGHP.

Evidence collected at the scene, along with a series of interviews, revealed an unusual series of events that resulted in the death of Jamison Logan Horvath, 22, of Greensboro, according to a news release from police.

Police were dispatched to 1348 Seminole Drive at 5:13 a.m. after an anonymous caller contacted 911 about a man, later identified as 20-year-old Jacob Montgomery Stowe, who had entered the home and then fled when confronted by its occupants.

Responding officers saw a man matching the description provided by the homeowners, and after a brief foot pursuit, took Stowe into custody.

Clay said he heard Stowe trying to kick in the back door. That's when Clay grabbed his gun and met Stowe in the kitchen.

Clay held the suspect at gun point and told him to leave.

"When he's coming in all I could think of is my life, my wife's life plus my parents are in danger," Clay said.

He said Stowe looked dazed and possibly under the influence.

Other officers on scene discovered Horvath in the yard of an adjacent home after Clay's 12-year-old sister Heather Rettie pointed him out. Police and medical personnel performed first aid, but he succumbed to his injuries and was pronounced deceased at the scene.

Rettie said she and other neighbors have seen Stowe before in the neighborhood.

Police said the incident began when Stowe and Horvath were arguing while in Stowe's truck. Horvath exited the vehicle and Stowe backed into him, causing critical injuries. Horvath staggered to a nearby property where he collapsed.