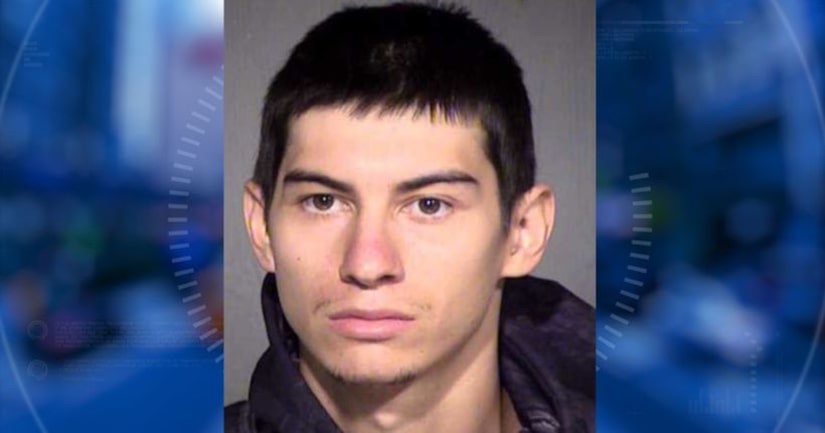 GOODYEAR, Ariz. -- (KNXV) -- Goodyear Police have arrested a 21-year-old man for allegedly shooting his mother on August 15 whom he believed to be "evil".

At 3 a.m., police responded to the home near 152nd Avenue and Camelback Road after a woman reported that she had been shot by her son.

The woman was taken to the hospital after being shot in the shoulder.

Police say later that day, 21-year-old Gabriel Anthony Torres randomly called police denying involvement in the shooting, claiming to have been near Payson at the time.

Family members say Torres, a self-described survivalist, recently moved out of his mother's home to “live off the land.”

His house was a tent in the forest near Payson.

After forging an ATF document to buy a gun, Torres was located and arrested on November 3.

At his camp, investigators reported finding a suitcase and shotgun. Inside the suitcase was the handgun that was ballistically linked to the shooting.

During his police interview, Torres spoke of ingesting mushrooms that “gave him enlightenment”, which allowed him to see things that others couldn't.

Family members said Torres believes he can determine whether a person is good or evil. He allegedly thought his mother was evil.