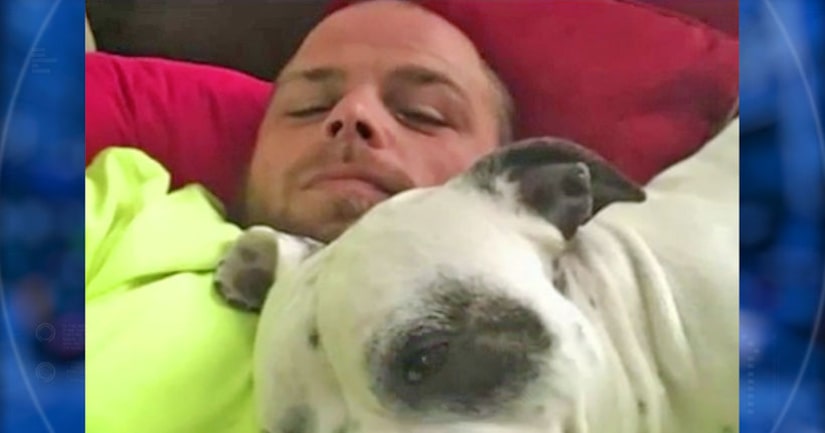 INDIANAPOLIS -- (WPMT) -- Two men are dead and a pregnant woman remains in the hospital following a triple shooting near Indianapolis' Fountain Square area.

The triple-shooting happened Sunday night in the 1800 block of Cottage Avenue," according to WXIN. The victims have been identified as 21-year-old Eric Hoffman and his cousin, 32-year-old William Koenig.

“Little Bill 4 Real. That's what we all called him. That was his nickname because he was always real. Anything he said, he meant it,” said the victim's cousin Matt Cantrell.

Koenig's family says he was out of town last week when he got word his beloved dog Petey had been shot and killed by a neighbor.

“I saw Petey come out to go to the bathroom and the neighbor guy pulled out his gun and shot him twice,” said neighbor Tonya Galan.

Galan says she watched her neighbor shoot Bill's dog even though the dog had not shown any signs of aggression.

“He was just trigger-happy. He kept saying he had a permit. He thought just because he had a handgun permit he was justified in shooting a dog,” said Galan.

Witnesses say after Bill got home from a road trip, he confronted his neighbor Sunday night. During that confrontation, gunshots erupted. Koenig and Hoffman were shot and killed.

Bill's longtime girlfriend, who was 9 months pregnant, was wounded.

“Petey's gone. Bill's gone. His cousin's gone. It was senseless. It was a senseless shooting,” said Galan.

“It's heartbreaking that somebody so close to you is killed," said cousin John McDonough. "He doesn't have an enemy in the world. Not one person has anything bad to say about that dude. He's such good person. It's hard to imagine somebody would take his life.”

“It's really a tragedy to our family. Bill was a standup guy,” said Cantrell.

Police did not arrest the neighbor following the shooting of the dog. Police say they have made an arrest for the double homicide, but did not release the suspect's name.

Family members say an emergency cesarean section was performed on the female victim. Both the mother and baby girl are expected to survive.