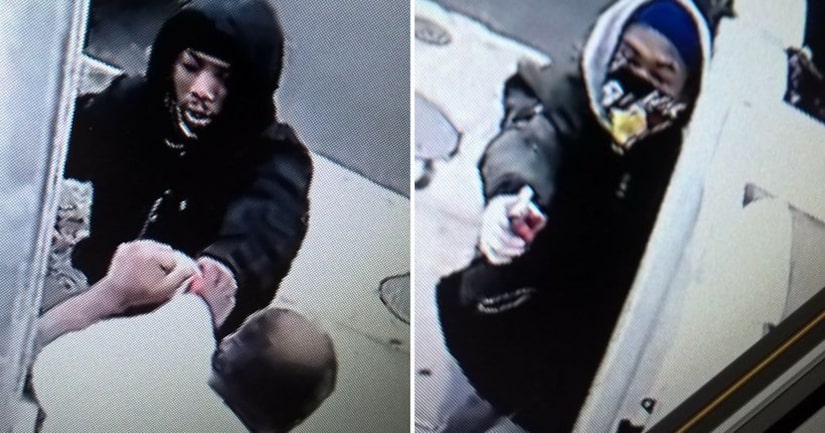 QUEENS, N.Y. -- (WPIX) -- Surveillance video released Monday shows two would-be robbers opening fire on a man attempting to protect his child and home from the invaders, according to police.

Three men approached a Hollis-area home on 197th Street Sunday around 2:40 p.m., with one pretending to deliver a package while the two others hid behind a fence, police said.

A 13-year-old boy answered the door, and the attempted robber claimed to have a package, officials said.

That's when Thakur Persaud, the boy's father, approached the door and the attempted robber tried to push his way inside, according to police.