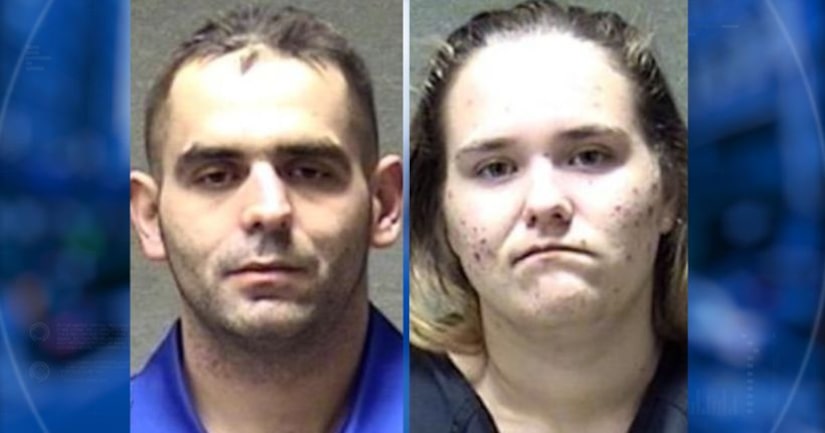 According to court documents, Stephen Drinkard Jr., 32, and Hannah Wilson, 20, were preliminarily charged with possession of methamphetamine.

Police said the incident happened around 4:30 a.m. Wednesday at the McDonald's located at 3301 N. Chadam Lane in Muncie.

Police informed the pair that they received a call that they were smoking meth in the vehicle. Drinkard and Wilson denied the allegations, court documents said.

During a search of the vehicle, officers found a plastic bag containing 3.7 grams of meth and a glass smoking pipe with meth residue.

While at Delaware County Jail, Drinkard told investigators that he and several other people get meth delivered from Ohio every week. Police said Drinkard volunteered the information without being asked, according to court documents.