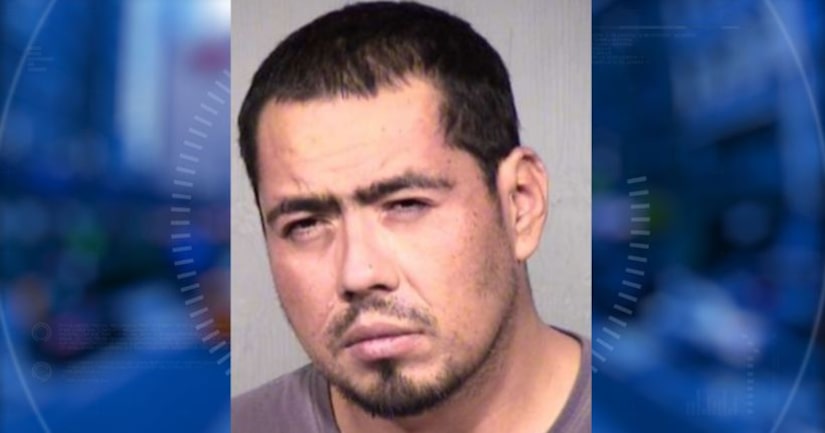 PHOENIX -- (KNXV) -- A Phoenix dad, armed with a crowbar, is credited with chasing away a man who stole his daughter's underwear, police say.

Phoenix police report that on November 9, a family returned home to find their dog barking at a closet.

When the father opened the door, he reportedly found 34-year-old Michael Zabalza Ruelas hiding inside. The father chased Ruelas out of the house, threatening him with a crowbar.

The mother provided police with a vehicle description and a license plate number.

Inside the closet, the family noticed several items that were not in the closet before. They found underwear belonging to the teenaged daughter, lotion used by women in the house, and photos of the daughter.

Police located the car near 27th Avenue and Glendale and detained Ruelas. Police say inside the vehicle they found more underwear belonging to the daughter.

Upon his arrest, Ruelas reportedly told police that he entered the house through a window and collected underwear from various laundry baskets in the home.