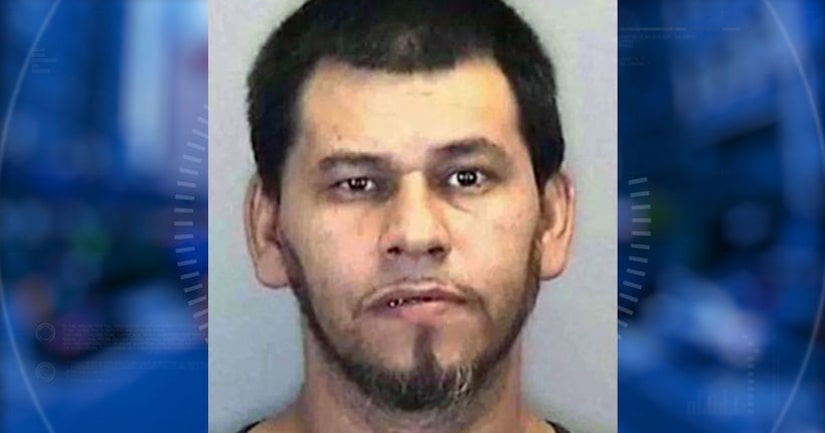 BRADENTON, Fla. -- (KRON) -- A Bradenton, Florida man jailed on human trafficking charges gave his victims drugs, locked them in a storage unit and sold them for sex, deputies said.

According to an affidavit, Juan Cruz was arrested Thursday after a month-long investigation into accusations of human trafficking.

Deputies first learned of Cruz when a 24-year-old woman reported she was being held against her will and forced to prostitute herself.

The woman told investigators she became homeless and moved in with an acquaintance who offered her a room. While staying at the residence, she met Cruz, her roommate's drug dealer. Cruz started giving the women heroin and crack for free, and soon expected something in return. He allegedly told them both, “You have a job to do. Now you owe me,” and started selling them for sex.

Deputies said Cruz would set up sexual encounters with male clients through the website “BackPage,” charging a minimum rate of $150 for half an hour. The clients would also purchase drugs from Cruz. Cruz would pocket the money and use it to purchase drugs for his victims.

A week after the woman moved in, Cruz learned the homeowner had stolen his property and decided to leave with his victims in tow. He took the women to a storage unit in Bradenton and continued to give them drugs and set up sexual encounters. One of the victims said she performed sexual acts with at least ten male clients, some repeatedly. The other said she did so with more than 10 clients, the affidavit states.

At one point, Juan stopped selling one of the victims for sex to keep him for himself. “[Redacted] stated the first time she had sex with Juan, she awoke to him on top of her. While crying, she told him 'I don't want to do this.' He told her to 'chill out,' and asked, 'You don't want to be sick do you,' referring to him not providing her drugs. She stated she was not allowed to tell him 'no',” the affidavit reads.

According to the affidavit, both victims were too scared to leave Cruz because they are addicts and they felt they had no other way to obtain drugs.

Deputies said one of the victims spent two months at the storage unit. Cruz allegedly locked her inside the unit on at least five different occasions. The other victim was present during the majority of these occasions as well. Deputies said they were locked inside the unit anywhere from four hours to overnight. They had no bed, no food, no toilet paper, no shower and were forced to use a cup to urinate, deputies said.