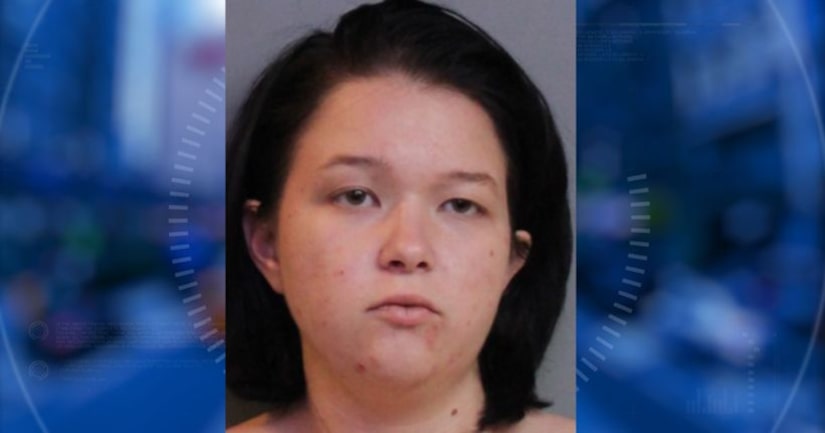 LAKELAND, Fla. -- (WPTV) -- A mother and father in Lakeland have been arrested after a 9-month-old child tested positive for methamphetamine, according to police.

According to Lakeland police, Nicole Finley, 20, brought the child to the hospital due to a possible chemical burn or bad infection on the left leg. The infected area was black in color.

Finley told officials that the child had gotten two mosquito bites a few days prior. According to Finley, one of the bites went away and the other became infected. She noticed puss running down the child's leg and used Google to help her diagnose and address the issue, according to the arrest affidavit.

Detectives say she tried placing the child in the bathtub to try to ease the pain. The arrest report states that when she put him in the tub, "Puss began to shoot out of his leg."

Finley began to Google spider bites, according to Lakeland PD. She was sure that it was a "Brown Recluse Spider" that bit the child because of the symptoms.

She told law enforcement that the wound kept getting worse and began to smell like "rotten flesh."

"She claimed, she called and spoke with a physician's assistant. According to Finley, the PA told her, if the wound was not black or blue, then medical attention was not necessary. Finley, nor her husband, provided proof of this call," the arrest affidavit reads.

Finley said that she finally decided to get treatment when the child began to have difficulty breathing. She told police that she didn't seek medical attention sooner because she was having a panic attack and suffers from anxiety, according to Lakeland PD.

When asked about prior DCF involvement, Finley told detectives that she and her significant other, who is the child's father, had been investigated by DCF a few months prior for meth use, but said that they were not currently abusing drugs.

Police say that they interviewed Finley's significant other, Bruce Nowlen, 29, after the child was taken to the hospital. Detectives say that during the interview, Nowlen was shaking his leg and had difficulty making eye contact. Nowlen was picking his fingers and face and had open sores on his face and arms.

"In my training and experience it appeared the sores on Nowlen's face, and the way he was acting was the result of drug use," the detective wrote in the arrest report. "Nowlen denied using drugs."

The child had to undergo a surgical procedure due to the severe infection. Medical professionals say that additional surgeries will be required.

When Finley spoke with detectives she explained that she and the child had been staying at a Howard Johnson Hotel in Lakeland because their home was damaged during Hurricane Irma.

During the investigation, detectives inspected the hotel room. They say that it was, "Filthy and unsanitary. There was trash everywhere, rotten food and dirty diapers," the arrest report reads. "This hotel room was not safe or sanitary for a baby."