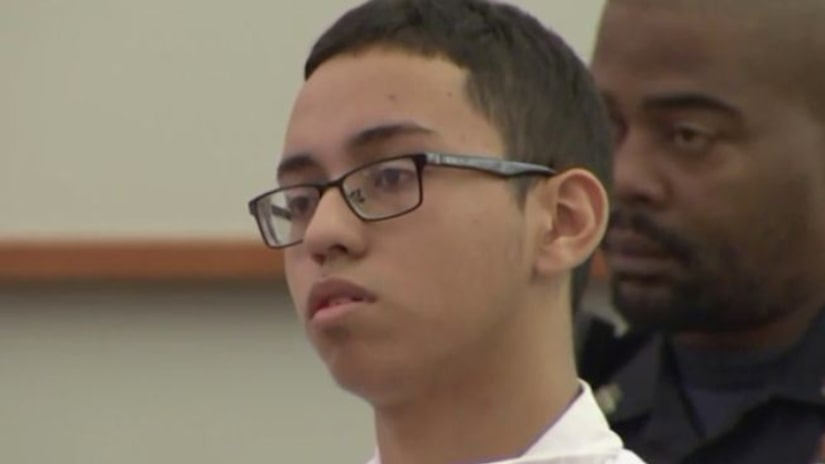 THE BRONX, N.Y. -- (WPIX) -- The mother of 18-year-old Abel Cedeno, the teen accused of stabbing a classmate to death at a Bronx high school, spoke out Wednesday as her son appeared in court for the first time.

"We've been praying, praying a lot, going to church and trying to get this little by little," Luz Hernandez said.

Her son allegedly brought a 3-inch switchblade and fatally slashed and stabbed Matthew McCree, 15, and inflicted multiple slash wounds to Ariane Laboy, 16, in a classroom inside the Urban Assembly School for Wildlife Conservation on Sept. 27, according to police.

He was indicted Wednesday for first-degree manslaughter, first-degree assault, and fourth-degree criminal possession of a weapon, the Bronx district attorney said.