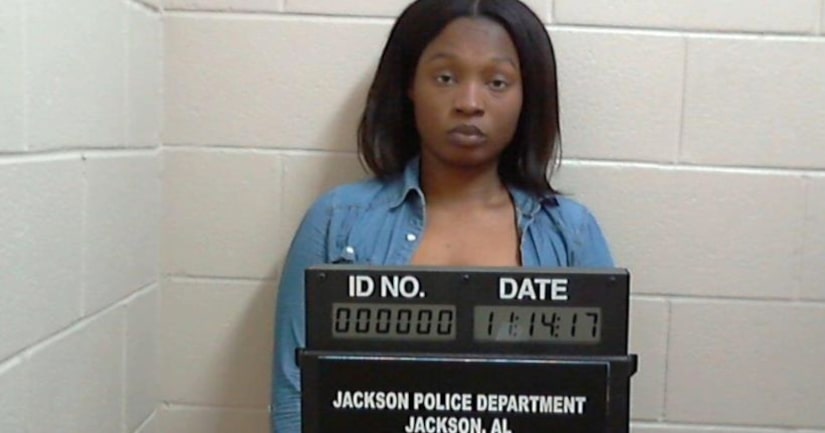 JACKSON, Ala. -- (WBRC) -- UPDATE: Jackson Police Chief Jerry Taylor says Jalesa Gaines has been charged with abuse of a corpse.

The Jackson Police Department is investigating the death of a baby boy.

According to Chief Jerry Taylor, officers found the baby's body in the trunk of a car during a traffic stop on Highway 43 in Jackson.

Officials have identified the mother as Jalesa Gaines of McIntosh. Gaines has only been charged with giving a false name during a traffic stop, the chief said.

Authorities say the mother, "hasn't said a whole lot about what happened to the baby." However, when asked if she's shown signs of remorse, Chief Taylor responded, "To a degree but not to the degree we'd expect."

In a press conference Wednesday afternoon, the police chief said new information resulted in investigators obtaining additional search warrants which deputies were executing during the time of the news conference.

Taylor said new individuals were identified as possible witnesses and officials were in the process of attempting to locate them.

Taylor said the car was pulled over at U.S. Highway 43 and Alabama Highway 69 for an expired license plate at 3:15 p.m. Tuesday. A search of the vehicle found the baby in the trunk, the chief said.

The body was sent to the state Department of Forensic Sciences lab in Mobile for an autopsy to determine the cause of death, the chief said. While he would not speculate on the age of the infant, Taylor did say the child appeared to be several days old.

Taylor said the woman gave a false name after she was pulled over because of the expired tag, and she told police she was on her way to Walmart.