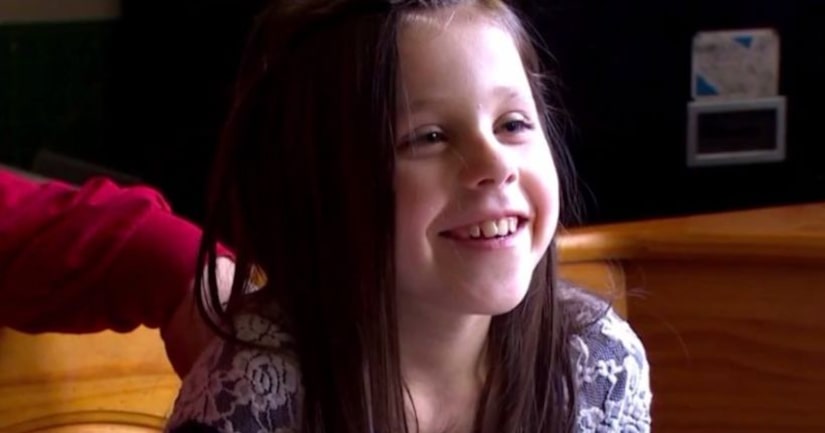 LAKE STEVENS, Wash. -- (WZTV) -- A young girl rescued from horrific conditions will now receive $4 million from the state. The Department of Social and Health Services settled a lawsuit today, after the girl's family accused the agency of ignoring repeated warnings about her health and safety.

Cheyene Lewis was living in squalor in a house that was stomach turning. Police search warrant video shows buckets of what appears to be excrement. Officers walking through the home recorded filthy conditions with sopping wet carpet and no heat.

After a call from a concerned citizen, Lake Stevens Police rescued then 7-year old Cheyene and her two younger brothers from the home, calling it the worst they'd ever seen.

They arrested the children's mother, Amanda Foley. She and a boyfriend were convicted of child abandonment and each served six months in jail.

"It's just disgusting to know that your kid grew up for seven years in filth. And no one did nothing about it," said Kevin Lewis, Cheyene's biological father earlier this year. Cheyene now lives with Lewis who says he didn't know she existed until her rescue. He and his wife sued the state, claiming DSHS could have stepped in sooner, after receiving repeated warnings from teachers and community members.

Attorney David Moody represents the family. "Visits to the house were cursory at best," Moody said. "DSHS didn't go in the home. They didn't probe. They didn't ask the tough questions that DSHS is obligated to do."

The settlement came before a scheduled jury trial on the suit, originally filed as a $13.5 million tort claim.

"DSHS paid this settlement, a very large settlement to Cheyene, which says to me that they know it screwed up and screwed up badly," Moody said.

The money will go into a trust for Cheyene, who is now 9-years old.

"I'm hoping she has a normal life after all this," Lewis said. "She deserves it."