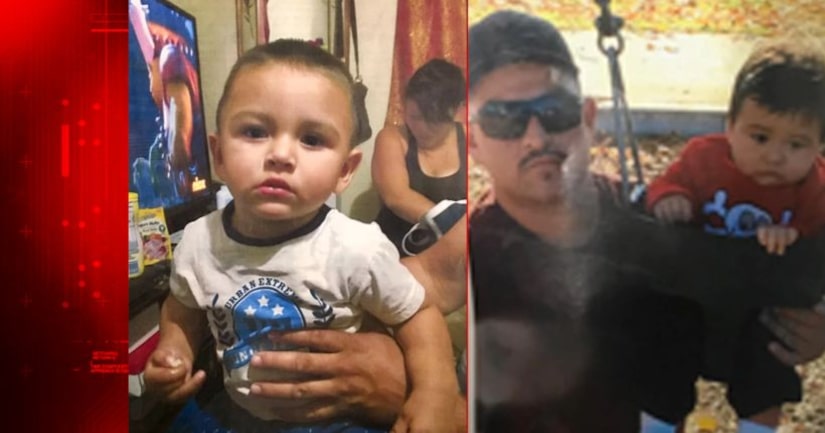 LOS ANGELES -- (KTLA) -- An Amber Alert was issued early Wednesday morning for a 15-month-old Boyle Heights boy believed to have been taken by his biological father the day before.

The search for Noe Reyna began about 4 p.m. Tuesday when Los Angeles County Department of Children and Family Services officials went to take custody of the child at his parent's home in the 2200 block of East Fourth Street and discovered he wasn't there.

"DCFS was at the residence to take the child away due to narcotics issues," Detective Steven Juarez said. "At this point, the mother is very cooperative; however, she cannot help us in locating the father."

The parents had been notified of the court order to take the child prior to officials arriving.

Following up on tips from the public, investigators located a vehicle owned by the couple, Flores said.

The vehicle was found legally parked, but there was no sign of Carlos or Noe Reyna.

Authorities do not believe Carlos Reyna has any other source of transportation, but think he may have gotten help from a friend or used public transportation, Flores said.

Investigators do not know if Carlos or Noe Reyna are still in the greater Los Angeles Area.

“We want to act with a sense of urgency,” Florence said, adding that the family does have ties in Mexico.