The Champaign–Urbana News-Gazette reports that Michael Henslick, 30, has been charged with the first-degree murder of Holly Cassano, found fatally stabbed in her home in the Candlewood Estates mobile home park in Mahomet by her mother on Nov. 2, 2009.

A cigarette butt thrown out over the weekend by Henslick, snatched up by investigators and rushed to the state crime lab in Springfield, confirmed investigators' suspicions. Henslick was arrested outside Market Place Mall on Tuesday evening.

State's Attorney Julia Rietz said she felt her office has a strong case against Henslick and that “his statements were consistent with that evidence.”

Henslick and Cassano reportedly went to Mahomet-Seymour High School at the same time and had mutual friends. 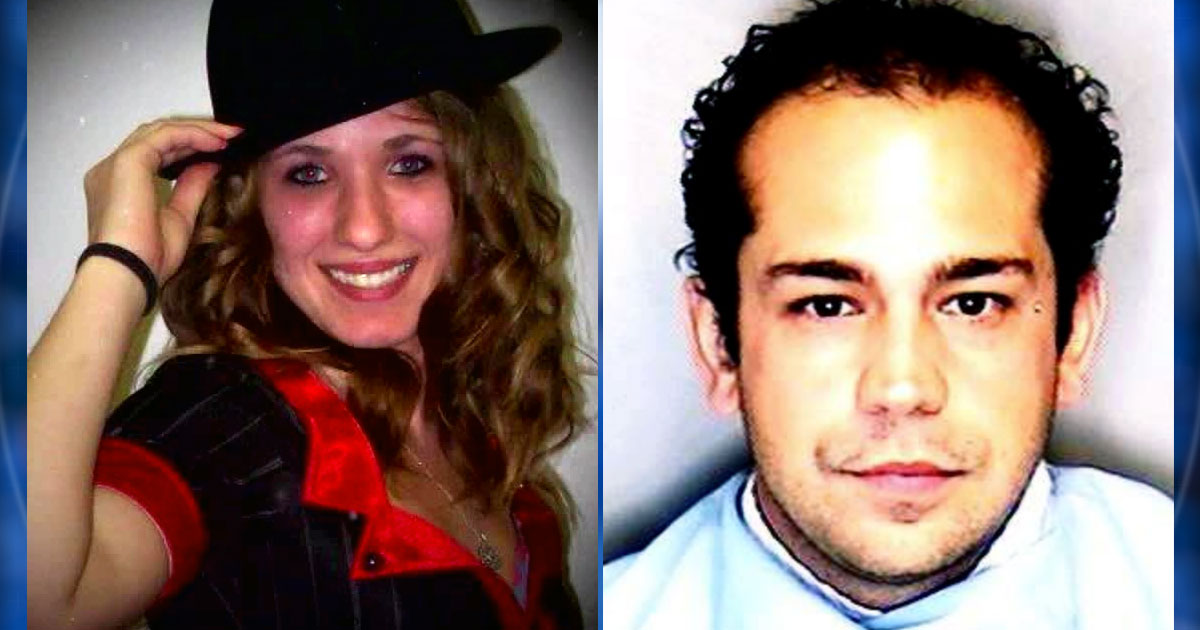 A young single mother in Illinois dozes off in front of the TV after a long day at work. When her mom arrives in the morning, she's dead.

Holly Cassano, 22, was open and outgoing -- maybe to a fault.

"I don't want to say she's naive because the word naive just sounds so negative, but she really was so innocent," said Amber Nakashian. "She lived in a small town, so I don't really think that being cautious or being worried is something that came natural to her."

But what did come naturally to Holly was being a good mom to her adorable 17-month-old daughter Alexis.

"Alexis was starting to say new words and she was really excited about that," said Amber.

"She worked two jobs to support her daughter and give her daughter the things that she thought that her daughter needed, wanted and would enjoy," said Holly's mother Toni Cassano.

But a cashier job at the Meijer supermarket was just a means to an end. Holly's cousin Amber says she had her heart set on teaching preschool.

"What she really wanted to do was teach children," said Amber.

Holly put down roots just a stone's throw from her mom, aunt and grandmother in the neighborhood of Candlewood Estates, where you could often find the young mom pushing a stroller, greeting everyone she met with a smile.

"She loved everyone, she talked to everyone. Everyone in the park knew who she was," said Holly's aunt Christina Nakashian.

Then late on the night of November 1, 2009, Holly's bright smile would fade forever when a true-life monster stalked the streets of Candlewood Estates. That evening Holly Cassano had to work the late shift at the supermarket. And her mom takes little Alexis to meet her for a goodnight kiss before bedtime.

"They had so much fun," said Toni Cassano. "There was her and Alexis dancing through the store, and then we said goodbye, and that was the last I saw."

It's an image that now haunts Toni -- along with a final phone call late that night.

"She had called me, she was getting off of work and she says 'Mom, one of my friends here at work is making cookies and I really, really want to stay and have cookies,' and I'm like 'Be sure that you're back to the house early enough so that you'll be up to get Alexis in the morning.' 'I promise, mom, I promise I'll get her in the morning,'" said Toni.

Tragically, it's a promise Holly would never keep.

When it comes time to pick up Alexis the next morning, Holly's a no-show.

Toni races over, then goes inside and sees something that no mother should ever have to see.

"I walked through the house and I call for her and she didn't answer, and I went back further into the house, and I would have never thought that I would ever see a scene like that in real life," said Toni.

Spread out on the bedroom floor, covered in blood, it's Holly Cassano, stabbed to death. Toni's heart stops.

"I sat down next to her and I calmly prayed to God, and then I picked up the phone and dialed 911 and told them my daughter was killed. They told me that I had to leave the house, I had to go outside. But I didn't want to leave her," said Toni.

Terrified, yet heartbroken, Toni finally pulls herself away and sits on her daughter's front steps as cops move in.

"And I watched them take my baby out of her house in a body bag," said Toni.

Holly's family gathers and looks on in disbelief.

"I will always remember seeing my mom, how it affected her, her falling to the ground," said Christina Nakashian.

Investigator Dwayne Roelfs is struck by the unimaginable cruelty on display.

Blood from an overkill of stab wounds -- 60 times with a knife -- the final blow straight to her chest. The killer then arranged the scene for maximum terror.

"Her body was moved and positioned maybe after she was killed," said Roelfs.

And one final despicable detail.

"There was seminal fluid that was swabbed along with blood evidence from the scene itself," said Roelfs. "It was possible that she was sexually assaulted after the homicide was committed."

But sifting through the grisly scene, cops discover a critical clue. The killer had injured himself as Holly courageously fought for her life, leaving drops of blood all over Holly's home.

"There was a large amount of blood located in the crime scene. Based on that, we collected many samples of that blood from different various rooms within the house," said Roelfs.

Blood evidence, seminal DNA: Now cops have to match that to a killer. Was it someone Holly knew?

Cops need to find Holly Cassano's killer before his wounds heal or he leaves town. They check local hospital records, but no patients with knife wounds match the killer's blood.

Police also canvass the 600-plus-unit Candlewood Estates and interview coworkers from the supermarket where Holly worked.

Detectives gather DNA swabs numbering in the hundreds. They're all dead ends. They don't get a single match. But the rage of the murder, the postmortem sexual assault tells cops this was no random act of violence. They say the killer is someone Holly knew, or someone who wanted to know her. But who in the world would hurt the beautiful young woman everybody loved?

The "girl next door" with the friendly smile did struggle with one of her relationships. And when Holly was killed, her Aunt Christine points the finger.

"Chris did it," said Christina Nakashian. "I was sure Chris was the one who was responsible."

"Christopher liked to be the boss, he liked to push her around," said Toni. "She had bruises on her arms and there was always an excuse of why she had a bruise on her."

"Holly went and attempted to get a couple of restraining orders against Christopher and both of those were denied," said Toni.

Denied for lack of evidence. But it's enough for police to take a closer look at Holly's ex.

"It was approximately three hours after Holly's body was discovered that we located him, we asked him to come down to the sheriff's office, and he did so," said Dwayne Roelfs.

Investigators grill Chris Walker for hours. He gives a DNA sample and takes a polygraph test. The results come back, and cops are shocked.

"Ultimately that DNA was sent off to the state crime lab and compared against our offender DNA, and it did not match," said Roelfs.

With DNA not a match and a inconclusive polygraph test, Christopher Walker is cleared, leaving investigators stumped and the case stalled out.

But now brand new state-of-the-art DNA analysis is giving Holly's family hope. Investigators are using the killer's blood and seminal fluid that could put a face to Holly Cassano's killer.

"The results from that indicated that the DNA, the offender DNA, may be but not limited to, of course, Native American, Hispanic, Central/South American population," said Roelfs.

Police now have a new direction, but they still need a name. And soon, even though it's been eight years, cops feel a renewed sense of urgency.

"It's very, very possible this offender committed a similar crime in the past and if he hasn't done it since, he probably could do it again," said Roelfs.

And Holly's mom is personally pleading for your help.

"I beg, beg, beg for you to call the sheriff's department with any information that you have," said Toni Cassano. "The reason it's important to find out who this person is isn't just for me and my case, but it's for you and everybody watching, because this person could be sitting right next to you planning your murder next."

If you know anything about the death of Holly Cassano, you can submit a tip anonymously to Champaign County Crime Stoppers at (217) 373-8477. There is a cash reward for information that leads to an arrest.