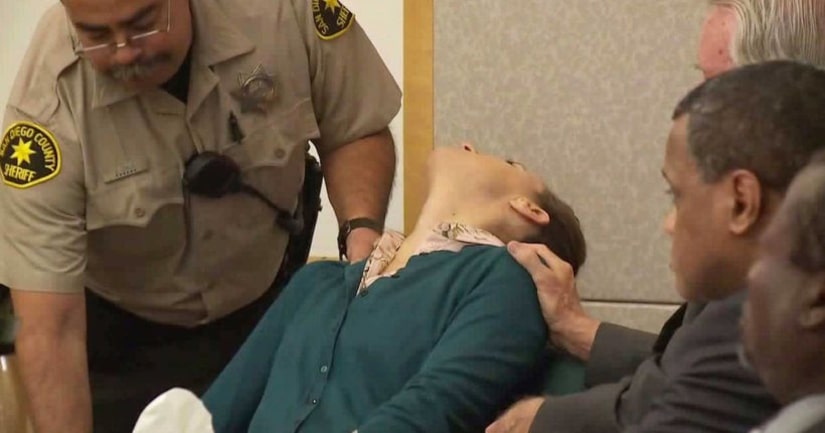 VISTA, Calif. -- (KSWB) -- A jury's verdict was interrupted Monday when the defendant fainted after being found guilty on counts of conspiracy to commit murder and attempted murder.

Diana Lovejoy, 45, and Weldon McDavid Jr., 50, are charged with conspiracy to commit murder and attempted murder in the attack on Greg Mulvihill.

When court reconvened around 30 minutes later, Lovejoy was no longer at the defendants' table. The court reporter continued reading the jury's verdict. McDavid was also found guilty of attempted murder and assault with a deadly weapon. The defendant wept openly as his verdict was read.