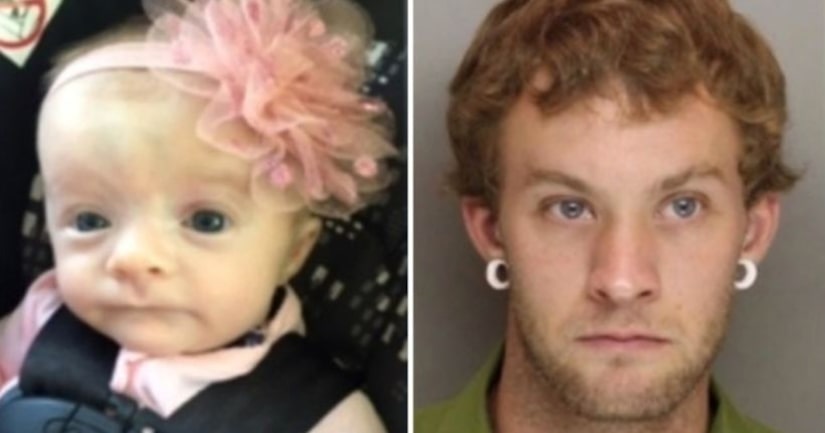 MT. LEBANON, Pa. -- (WBBH) -- Police responded to a home in the 500 block of Osage Road in Mt. Lebanon on Sunday at approximately 12:24 p.m. for reports of an unresponsive child.

The child was taken to the hospital where she was later pronounced dead. An autopsy revealed she died from blunt force trauma and her death has been ruled a homicide.

According to police, the girl's father, Joseph Gazzam, 30, is accused of being responsible for the injuries she suffered.

Police say on Sunday he told them he fell asleep with the baby and that she fell out of bed. When doctors examined the infant's injuries and determined that was impossible, police say Gazzam changed his story.