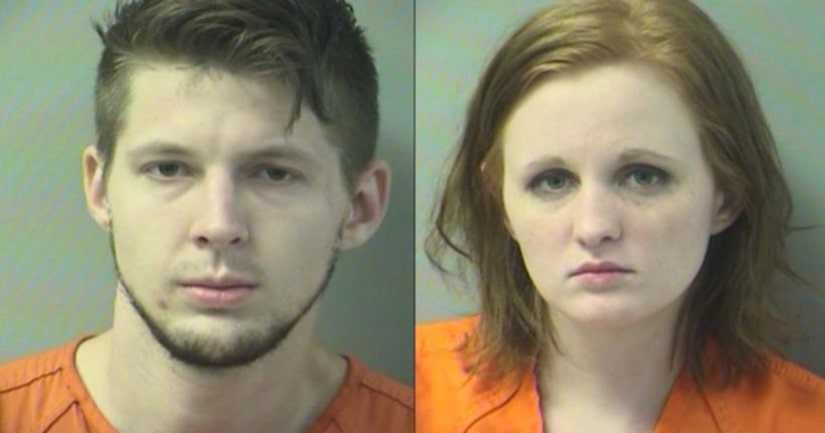 CRESTVIEW, Fla. -- (WKMG) -- The boyfriend of a Florida woman whose 3-year-old daughter was found dead last week is facing a murder charge after the mother confessed that her boyfriend killed the girl as punishment for getting out of her car seat, authorities said.

According to an Okaloosa County Sheriff's Office news release, Adelynn Merrell was reported missing by the couple Friday. Her body was found in a wooded area in Crestview later in the day.

Deputies said the couple initially claimed to have last seen Adelynn playing in their backyard, but Merrell later confessed that Hagwell had kicked the girl in the head and locked her in the master bedroom closet Thursday evening because she had "gotten out of her car seat."

Merrell's other child was taken to a hospital to be treated for malnutrition. Investigators said the 5-year-old boy weighed less than 33 pounds with the "bones in all regions of his body exposed."

Detectives said an investigation revealed that Merrell had left Adelynn and another child alone and locked in a room in their home on Sept. 1, but the children broke out a window and were found by neighbors.

An autopsy determined that Adelynn died from a skull fracture to the back of the head caused by blunt-force trauma.

Investigators said Merrell told them that Hagwell lost his job about a month ago and started to become more violent toward Adelynn. She said Hagwell would withhold food from Adelynn and put her in the closet for extended periods of time.