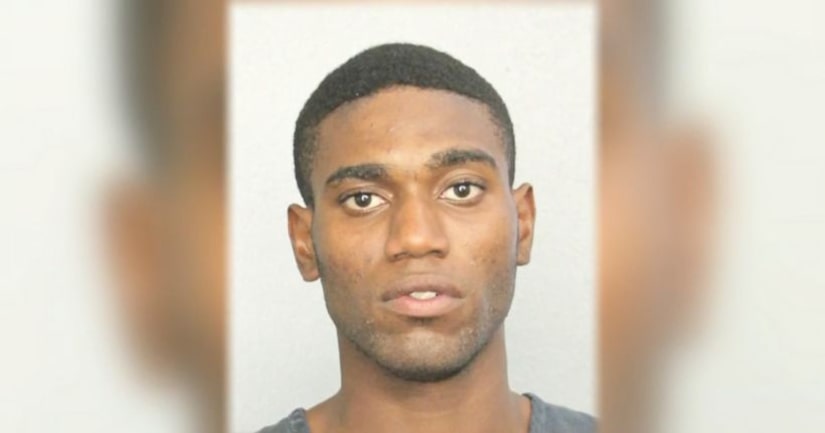 FORT LAUDERDALE, Fla. -- (WKMG) -- Detectives believe Nathaniel Petgrave used a victim's blood to write "4 STOP WAIT TIME" on the floor. They think Petgrave chose the number "4" because he thought the victim was his fourth and didn't know one of his victims survived.

"One was shot in the neck," Lauderhill police Chief Constance Stanley said at a news conference Wednesday. "He is our surviving victim."

Police also believe he fatally shot a 50-year-old man in the back of the head Oct. 21 outside a food store at 110 NW 11th Ave. in Fort Lauderdale.

Investigators said Petgrave broke into a Public Storage unit on Northwest 23rd Avenue a few days later on Oct. 27, stealing a handsaw and machete that he used to kill another homeless man.

Detectives found the items, along with a pipe, next to the victim's body. They were covered in blood.

Also next to the body was the blood-scrawled message, "4 STOP WAIT TIME."

"The 4, obviously, is going to relate to the fact that he thought it was his fourth homicide victim," Fort Lauderdale police Sgt. Steve Novak said.