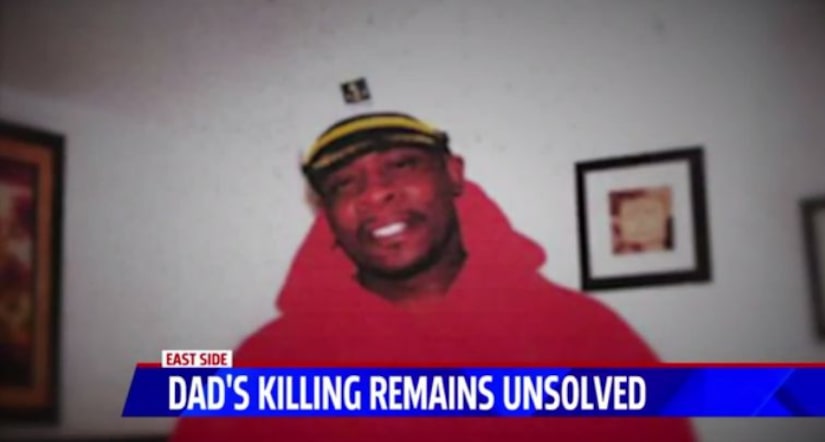 INDIANAPOLIS -- (WXIN) -- Nearly one year ago, an Indianapolis father was gunned down inside his car on Indy's east side.

To this day, that crime remains unsolved. Now, once again, investigators are asking for assistance to catch the killer.

Police have surveillance video of what they believe is the car driven by the gunman.

The victim can be seen driving past the camera in a dark Dodge Charger. Fourteen seconds later, a light colored Chevy Impala thought to belong to his killer follows.

Another angle shows the victim turning right onto a street where he planned to pick up a friend's kids. Thirty seconds later, the suspect's car drives straight through the intersection and circles the block.

The video then shows the moment the shooting occurred and the suspect sped away.

Given that evidence, police say it appears the suspect targeted the victim.

“From the vantage point of the video it does look like he was being shadowed or he was being followed,” said Crime Stoppers Det. Tim Conley.

After the shooting, the victim drove several blocks before stopping on Dearborn Street where the victim died. A woman in the passenger seat was wounded but managed to survive.

The victim, Timothy Poole, had a large family with 16 children and 20 grandchildren. In June, the family paid to put up a large billboard at 34th and Sherman to try and generate leads. Poole's loved ones said in June the reason for the murder remained a mystery.

“All the police can tell me is that he was followed. That's about it. It was a hit. Somebody set him up,” said Poole's sister Sharia Gladney.