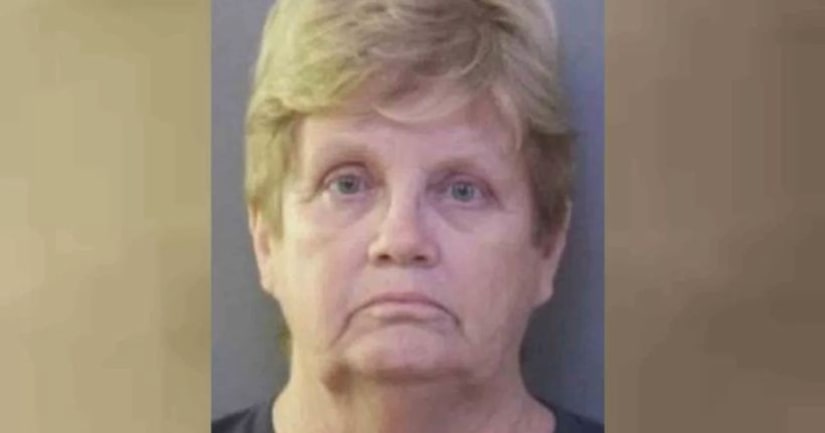 LAKELAND, Fla. -- (WPTV) -- A Florida bus attendant has been arrested for child abuse, according to the Polk County Sheriff's Office.

Deputies say Brenda Nelson, 65, of Polk City has been charged with one count of child abuse for reportedly striking a special needs child on a school bus.

The bus transports special needs children from the Doris Sanders Learning Center in Lakeland to their homes throughout Polk County, according to the Sheriff's Office.

Deputies reviewed video footage that shows Nelson attempting to help a special needs child off of the bus. In the video, deputies say the victim was strapped to her seat by a "Houdini Harness" which is designed to significantly restrict her movement and mobility. At about 3:58 p.m., Brenda Nelson is seen on video walking by the victim and hitting her on the top of her head with an open left hand and saying "I'm gonna slap that tongue out of your mouth when I get up there."

According to the arrest affidavit, Nelson told the bus driver, Bradley Mckean, to take the victim home first, changing the regular bus route. Nelson was seen sitting next to the victim for the remainder of the bus ride and it appeared as if she was attempting to push the victim down into the seat to further limit her mobility.

Deputies interviewed Nelson the following day. Nelson told deputies she did not remember hitting the victim on the head. She told deputies she was trying to get another child off the school bus and the victim kept on beating on the window and trying to get up out of her seat. Deputies did not observe the victim beating on the window of the school bus or acting in a disruptive manner as described by Nelson.

Brenda stated, "I guess I done it. I didn't remember hitting her." Brenda also stated, "I must have just lost it. I don't remember doing that. I would never hit one of those kids."