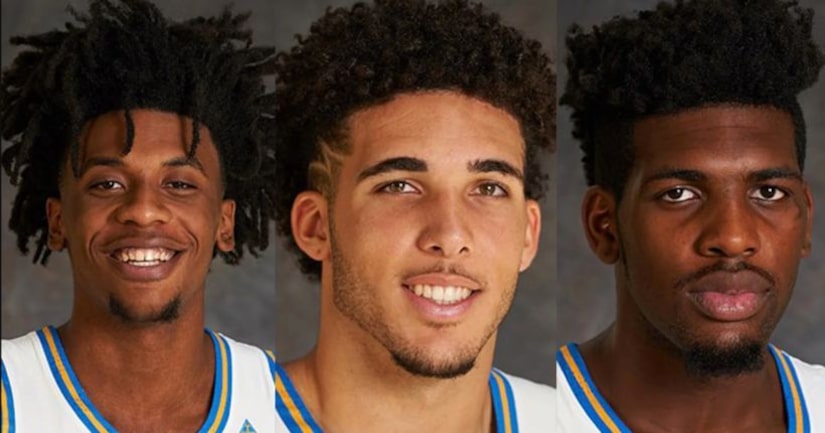 LOS ANGELES -- (KTLA) -- Three freshmen on the UCLA men's basketball team accused of shoplifting in the Chinese city of Hangzhou could be months away from returning home while the legal process in their case plays out.

ESPN, citing a source with firsthand knowledge, reported Wednesday that LiAngelo Ball, Cody Riley and Jalen Hill were released on bail after being questioned about stealing sunglasses from a Louis Vuitton store near the team hotel. ESPN's LA-based reporter Arash Markazi is covering the team from China.

Chinese officials wouldn't confirm the ESPN report that Ball, Riley and Hill were arrested. Hua Chunying, a spokeswoman for China's Foreign Ministry, said the case had been reported to US authorities.

Ball's father, LaVar, who is in China, said in a statement on social media that the process “could take … months.”

“Ball, Riley and Hill are being required by Hangzhou police to remain at their hotel until the legal process is over, which could take days, weeks or even months,” he said. “The hope is obviously sooner rather than later.”

If convicted of grand larceny, the players could face a prison sentence of between three and 10 years, according to Chinese criminal law.

UCLA is in China for a week-long visit and is scheduled to open its season in Shanghai on Saturday against Georgia Tech. When asked about the arrests at a news conference, UCLA Coach Steve Alford said the players in question would not play in Saturday's game.

FULL STORY: 3 UCLA basketball players accused of shoplifting could be stuck in China 'for months' - KTLA