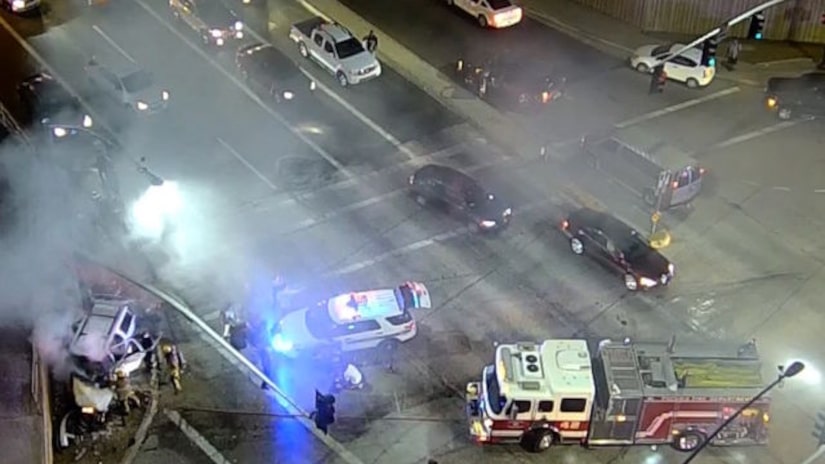 Phoenix Captain Jake Van Hook said crews arrived on scene to find one of the vehicles on fire. They quickly extinguished the flames to begin helping patients.

According to Phoenix police, the vehicle that caught fire was stolen.

Phoenix Police Sergeant Vince Lewis said the Arizona Department of Public Safety had notified police earlier of a stolen vehicle traveling northbound on I-17. The stolen vehicle was driven by a 14-year-old boy, police say.

An air unit spotted the vehicle after it collided with another SUV.

Van Hook said the stolen SUV that caught fire had seven occupants inside, and the other SUV had only one occupant who refused transport to the hospital.

The occupants in the stolen SUV on fire were all seriously injured. Their ages range from 13 years of age to 30. Two women were killed and a 13-year-old girl also died.

DPS troopers say the cause of the crash stemmed from one of the vehicles failing to yield to DPS troopers and later colliding with another vehicle, catching fire.