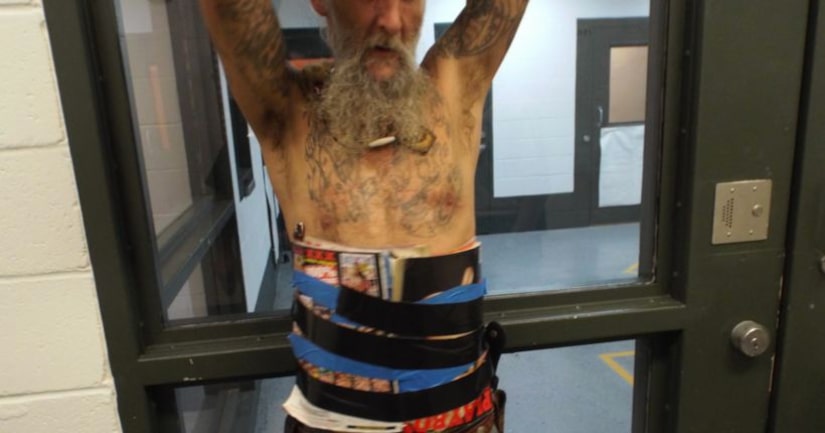 ADA, Okla. -- (KFOR) -- An Oklahoma man who had adult magazines taped to his body for protection claimed he was in “survival mode” after he was arrested for allegedly attempting to stab his former neighbor.

Neighbors told KXII that tension between Donald Gene Gaither, 49, and the alleged victim, Troy Bagley, had been brewing for weeks.

According to KXII, Gaither told authorities he believed Bagley had gotten him kicked out of a mobile home park in Pontotoc County.

On Sunday, Gaither reportedly challenged Bagley to a knife fight.

The suspect allegedly showed up to Bagley's home with a knife in each hand and started yelling for Bagley to “come out and get some,” the Ada News reports.

The victim then called authorities who showed up and took Gaither into custody.

According to the Ada News, Gaither had a knife in each hand, two knives in his belt, a large weight attached to a lanyard and adult magazines taped to his midsection as a makeshift armor.

Gaither reportedly told officers he had “been to prison and (knew) what to do to protect himself.”