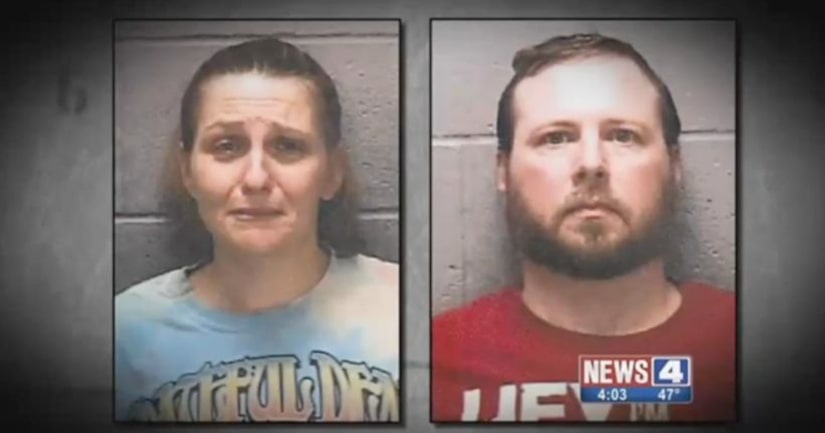 JERSEYVILLE, Ill. -- (KTVI) -- Two adults have been charged with first-degree murder after the death of a six-year old boy from extreme malnourishment. Jerseyville police were called to the Jersey Community Hospital on Friday, November 3, 2017 in response to the child's death.

The boy lived in Jerseyville with his father, Michael Roberts, 42, step-mother Georgena Roberts, 42, three siblings, and two step siblings. The police determined that the deceased six-year old and a seven-year old were deprived of food by the adults as a form of punishment. The surviving children have all been taken into protective custody by the Department of Children and Family Services.

Preliminary findings of an autopsy on child show that the cause of death was failure to thrive due to “Extreme Malnourishment.”

Both Michael Roberts and Georgena Roberts have been charged with First degree Murder. They also face two counts of Endangering the Life and Health of a Child, one for the boy and one for the seven-year old. They are in custody in the Jersey County Jail on $500,000 bond each.

The couple made a court appearance Monday that was closed to the public. Those who who were in the courtroom said details heard from state's attorney and Jerseyville police about the living conditions in the home were sickening. Both are schedueld for another court hearing on November 13.

A neighbor to the family on Ferguson Street said they were a secretive family.

"I had no idea that there was supposedly six children living in the house at all," said Lucas Dickerman.