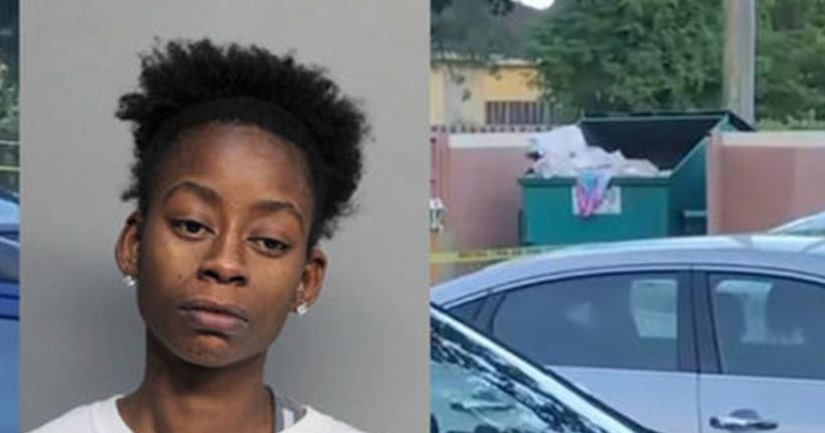 MIAMI-DADE COUNTY, Fla. -- (WPTV) -- Police have arrested a 31-year-old woman after the body of her young daughter was found in a dumpster in a southwest Miami-Dade neighborhood Sunday.

Miami-Dade Police have charged Tina Farrington with first-degree murder in the case after officers responded to the scene at the Tuscany Place Apartments at 25430 SW 137th Avenue, finding the body of a girl believed to be between 3 and 8 years old and African-American.

Police have not confirmed the identity of the child.

A person who lives nearby said a man was dumping his trash when he found the body. Police said the discovery was made around 12:45 p.m.

The man, Alan Tapia said he lifted the lid on one side of the dumpster and was making room for his trash when he saw feet sticking out of a blanket.

Tapia's daughter, Milagros, said she didn't believe him so she went to see for herself.

"I didn't believe that so when I went, I checked and the baby was wrapped in the blanket with signs she was beaten to death," Milagros Tapia said.