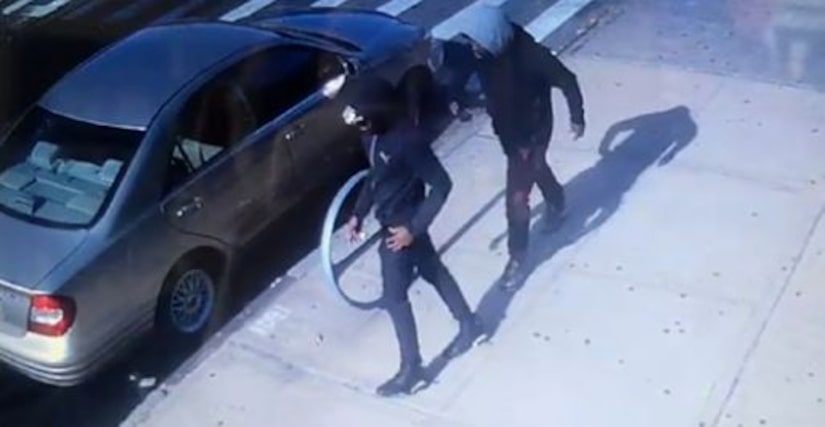 BROOKLYN, N.Y. -- (WPIX) -- Police released surveillance video Sunday of two men who beat a woman and stole $100,000 worth of jewelry from her in Brooklyn.

The 34-year-old victim was about to get into her car parked in front of an East New York pawn shop on Aug. 23 when two men approached her, police said.

They tried to take her bag and one of the men punched the woman in the face when she resisted, officials said. The men fled the scene with the victim's bag in a white Nissan sedan. Her bag contained assorted jewelry worth about $100,000, police said.

The woman, who suffered pain and bruising, was not hospitalized and refused medical attention at the scene.