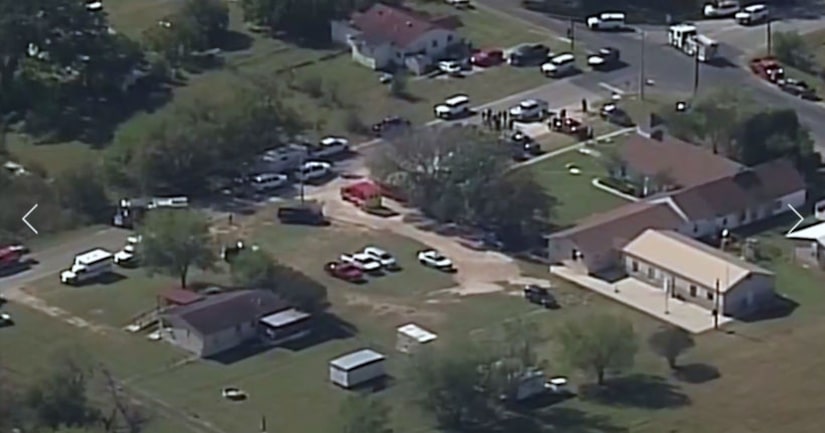 SAN ANTONIO, Texas -- (KABB) -- At least 26 are dead and 20 are injured after a man dressed in black entered First Baptist Church in Sutherland Springs, Texas armed with a rifle and opened fire on its congregation Sunday, Gov. Greg Abbott said at a press conference.

Those shot range from 5 to 72 years old, officials said at the conference. Abbott called it the "worst mass shooting" in the state's history.

It is too early to determine a motive, officials said. Rather, law enforcement is focused on "the victims and families at this point," District Attorney Audrey Lewis said at a press conference.

The gunman entered the church and began shooting at approximately 11:20 a.m., officials said. He was followed and shot by a person inside the church, and after a chase by police was found deceased in his car.

It is not yet known whether he died from a self-inflicted gunshot wound or from shots fired by officers, officials said. They are working to determine his motive.

Sutherland Springs is an unincorporated community in northern Wilson county about 35 miles east of downtown San Antonio. Its population was 362 in 2000; now it's 400.

First Baptist Church Facebook group has 120 members. It usually films its services; however, footage from Sunday has not been posted.