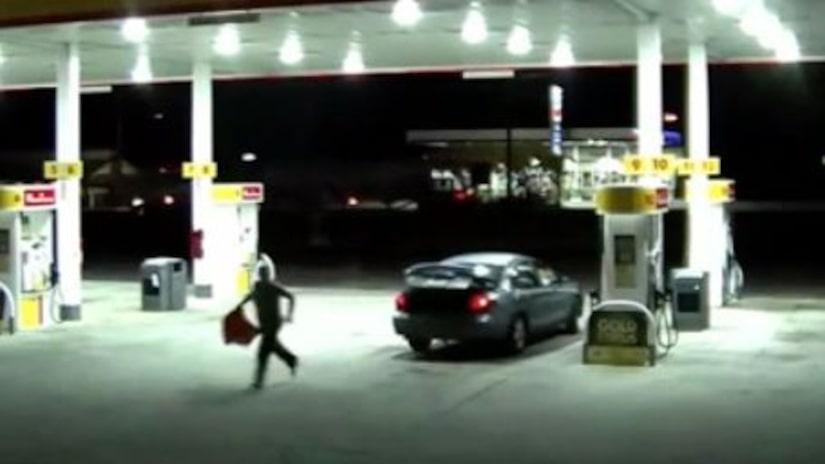 CHILTON COUNTY, Ala. -- (WGN) -- A kidnapping victim escaped from the trunk of her attacker's car at a gas station in Alabama Monday night, and surveillance video shows the moment it happened.

The incident began about 2:30 a.m. as the victim was sleeping in her home, the Chilton County Sheriff's Office stated on Facebook.

Investigators say that's when Timothy Wyatt entered the victim's home, got on top of her and started choking her.

Wyatt demandetd money while he was choking the woman and then tied her hands behind her back and forced her into a blue Ford Taurus, according to the Sheriff's Office.