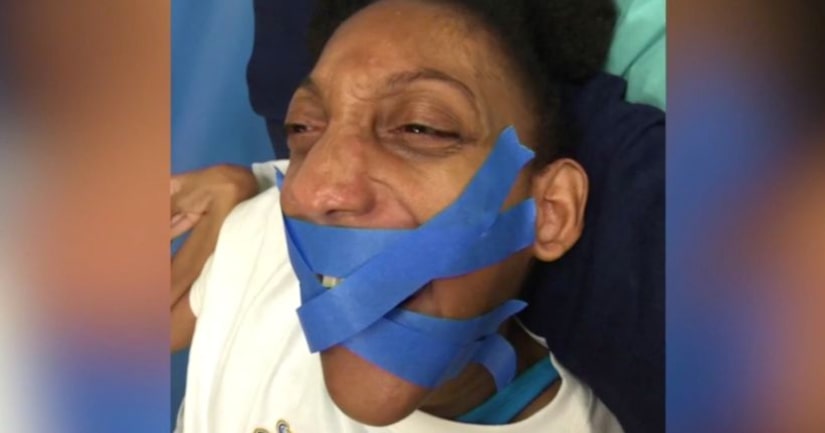 ANN ARBOR, Mich. -- (WJW) -- A teacher, her former supervisor and a Michigan school district are named in a federal lawsuit alleging abuse that included taping shut the mouth of a 26-year-old student with cerebral palsy.

The lawsuit filed Wednesday by the student's mother alleges a photo was taken of the March 2016 incident at Ann Arbor High Point, a school for special-needs students.

The photo was texted by the teacher to the student's mother with the caption: “Help. She won't be quiet!!!!”

Washtenaw Intermediate Schools says no complaints were made by the family until nearly a year later. Spokeswoman Emma Jackson tells The Detroit News and Detroit Free Press that the teacher and her supervisor no longer work for the district.

The newspapers were unable to reach the teacher for comment.

But WTOL reports that the lawsuit claims the student endured physical, emotional and psychological harm at the hands of the defendants, who allegedly spilled hot coffee on her, locked her in a bathroom for long periods of time and slapped her across the face.