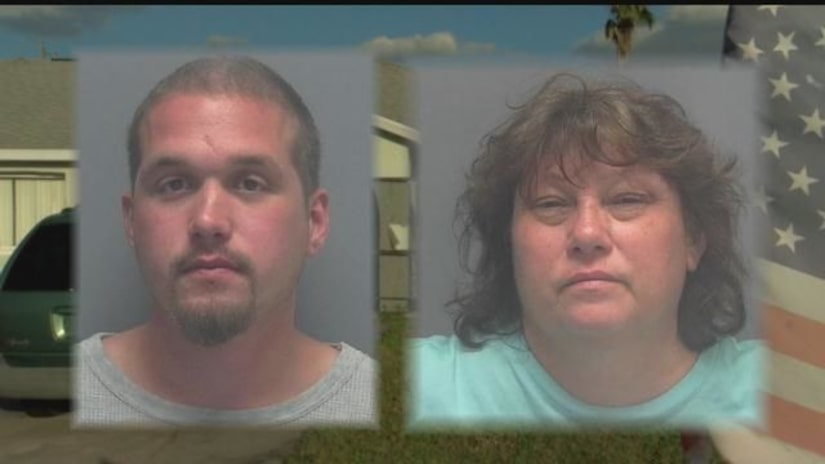 CAPE CORAL, Fla. -- (WBBH) -- A Cape Coral mother and son tag-teamed the beating of a woman on Halloween night.

NBC2 spoke to eyewitnesses who said the victim barely made it out alive.

Judy Helmandollar is out on bond, but her son Samuel Johnson remains in jail.

Both are accused of savagely attacking Johnson's ex-girlfriend at his Southwest 7th Place home when she confronted him for sharing nude photos of her.

"What started off sounded like maybe a dog was getting kicked, it was a lot of yelping," one witness said.

"Kids can see it, I know that's there's kids that were there. She had kids in the car. It was on a night where kids should have been out trick or treating," another neighbor said.

In a report, Cape Coral police said Samuel Johnson beat up his ex-girlfriend when she asked him to stop sharing naked photos of her. The two fought and Johnson's phone got broken.

The victim told officers Johnson smashed her glasses into her face, choked her and crushed her cell phone as well.

Eyewitnesses saw the disturbance spill into the driveway when the victim attempted to flee for help.

"She was alone, nobody could get there to help her, until the police got here. She couldn't get away. She was blocked in, from what I saw," a neighbor said.

Judy Helmandollar is accused of attacking the victim in the driveway after the victim said she'd call the police on her son.