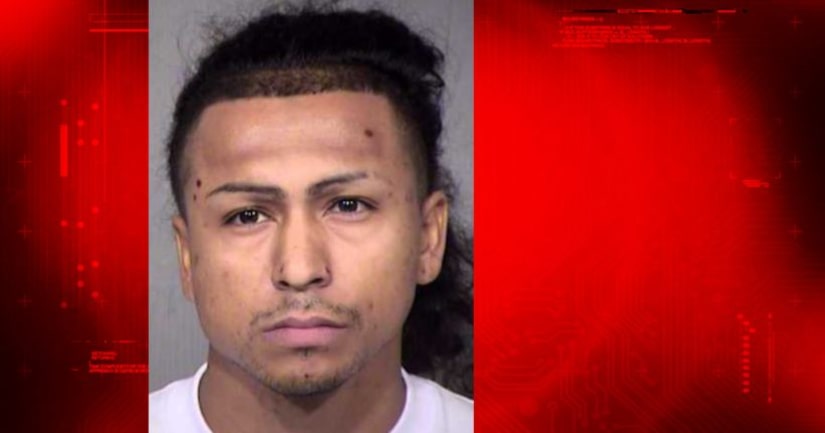 PHOENIX -- (KNXV) -- A Phoenix father is accused of using frozen hot dogs to reduce swelling to the legs and backside of his 2-year-old son.

Phoenix police report that on Tuesday they arrested 23-year-old Joshua Junior Rodriguez for child abuse that he allegedly inflicted upon his 2-year-old son on October 11.

Police say that after an argument, the boy's mother was packing a bag to leave when she heard "whipping sounds" coming from the garage. When she looked in, she reportedly saw Rodriguez striking their son on the bottom with a strap from a duffel bag.

She grabbed the boy away from him and went into the house. However, Rodriguez pushed her away and grabbed the boy again, taking him to the bedroom, removing his diaper and continuing to strike him on the butt.

Police say Rodriguez then threw him on the bed and spanked him 23 times, before taking him into the showers where he struck him again when the boy tried to get out.

After seeing the injuries he inflicted, Rodriguez allegedly placed a package of frozen hot dogs on his butt to reduce the swelling.