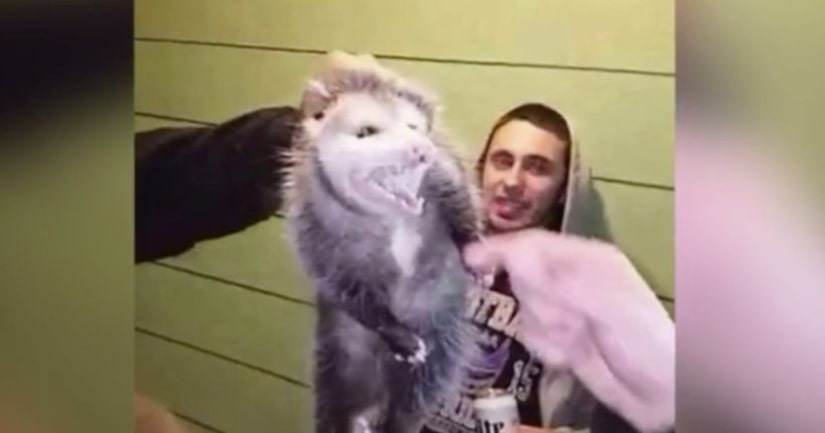 BLOOMSBURG, Pa. -- (WNEP) -- Photos are quickly spreading on social media what many view as a group of young men abusing an opossum including feeding it beer.

One of those involved is a student at Bloomsburg University.

The Pennsylvania Game Commission is now investigating after the opossum pictures post got so much attention.

On Tuesday, Bloomsburg University officials responded after learning one of its students is involved.

In a statement, Bloomsburg University said one of the students pictured with that opossum is a student and his actions could fall under the student code of conduct.

These photos started to spread quickly on social media Monday showing that opossum being kissed, fed beer, and held up by a group of young men.