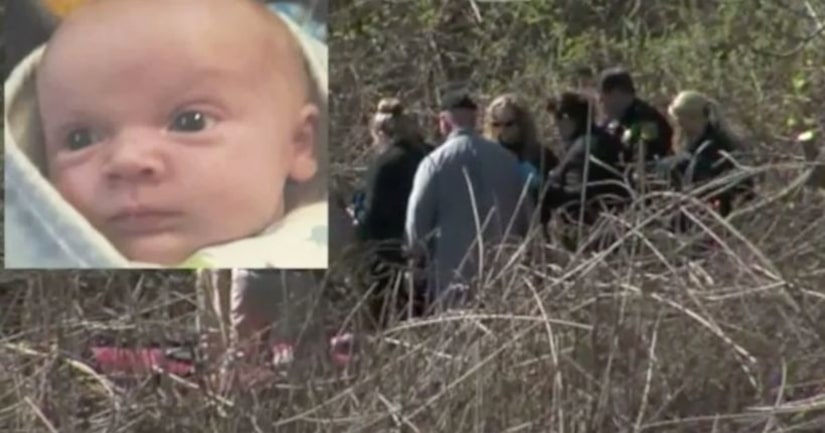 WOODLAND, Calif. -- (KTXL) -- The father of a baby found dead in a Yolo County slough has pleaded no contest to involuntary manslaughter.

It's not unusual to see a defendant make a plea at the start of a trial, but the reason -- the legal maneuvering that motivated Frank Rees -- was almost unprecedented, according to prosecutors.

Siblings defend each other, and it seems a sibling slain baby Justice will never know was key to holding their shared parent accountable for his unnecessary death.

"He was contacted finally in February of this year at the same address with a new girlfriend. Both had meth on their persons. She had a pipe. He had a quantity of methamphetamine and she was pregnant," said Ryan Couzens, supervising deputy district attorney for Yolo County.

After the presentation of that evidence in court Tuesday, Rees opted for a no-contest plea to involuntary manslaughter, child endangerment and administration of meth in the death of his 19-day-old-son in a freezing slough.

The new pregnancy and Rees supplying another woman with drugs is what gave Yolo County prosecutors the legal theory they needed to attach criminal responsibility to what they believed Rees had done back in February 2015 with Justice's mother - Samantha Green.

"When we received that information, we know how that movie ends, and we know it ends in the death of a possibly another child," said Robert Gorman, another Supervising Deputy District Attorney for Yolo County.

"Frank Rees is an absolute danger."

She passed out, leaving Baby Justice next to a tree.

He died of exposure.

Rees was living with his parents and Green in Woodland when Justice died, and it was here that he was tracked down giving drugs to the mother of his other child and arrested.