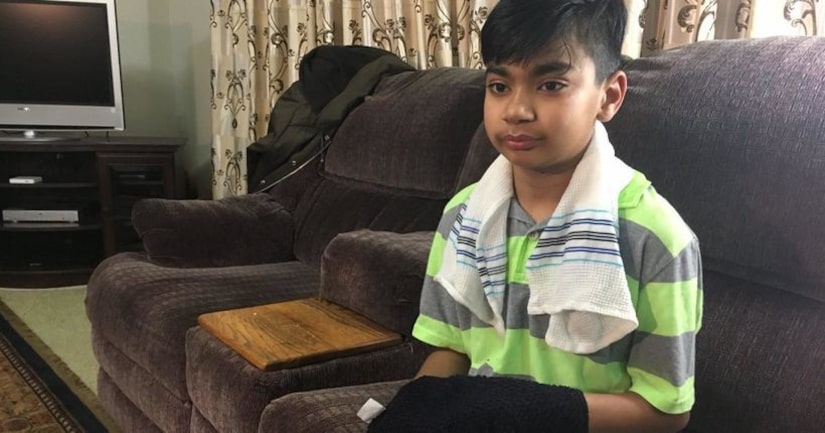 LYNNWOOD, Wash. -- (KCPQ) -- An 11-year-old boy who opened the door to hand out candy to trick-or-treaters was pepper-sprayed in his Lynnwood home on Tuesday night.

The boy, named Rameez, was at home with his mother and two sisters when two people he believed to be teenagers attacked him.

“I opened the door, and then one of them just said 'trick or treat' and then pepper-sprayed me in the face,” Rameez said. “Then I ran upstairs.”

Rameez said they were dressed in all black and were wearing masks like those in the movie “Scream.”

Rameez said he doesn't believe he knows the boys, who he said were about 6 feet tall and skinny. He said his eyes feel fine, but his neck hurts.