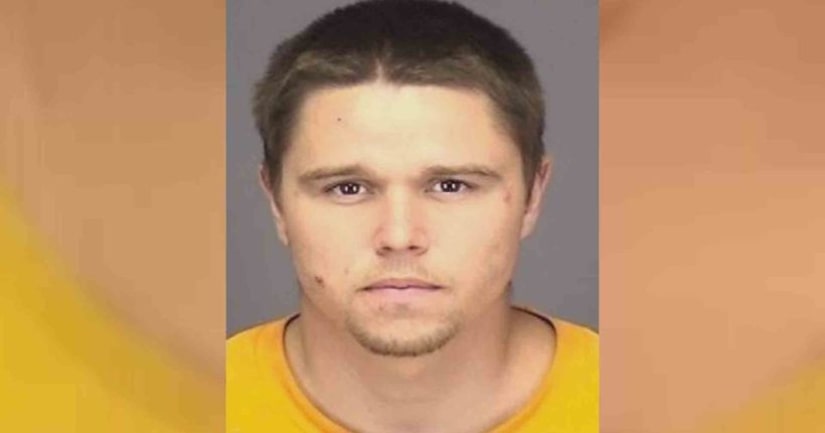 SEBRING, Fla. -- (KRON) -- A young boy was seriously injured early Tuesday morning when Florida deputies say a house guest attacked and stabbed him because the boy was talking in his sleep.

The suspect, 24-year-old Colton Lee Driggers, was temporarily staying at the home on Pinehurst Road in Sebring.

Investigators say both Driggers and the victim were sleeping on the couch early Tuesday morning when Driggers got angry because the boy was talking in his sleep. Detectives say Driggers then attacked the boy and beat him.

The boy's mother then intervened and the boy ran into the garage. Deputies say Driggers followed him and became even more enraged when he noticed the boy was wearing a Florida Sheriff Youth Ranch Summer Camp shirt. Investigators say Driggers told the boy he hated cops and made him take the shirt off before he started beating him again.

At some point, a dog attacked Driggers and both the victim and his mother ran to the street and tried to get to a neighbor's house for help.

Deputies say Driggers tackled both the mom and son in the driveway of a home on Springdale Road and stabbed the boy three times in his upper torso.

The 11-year-old boy's mother was able to get her son to a home and called 911. He was airlifted to a trauma center and is still listed in very critical condition.

FULL STORY: House guest accused of beating, stabbing boy who was talking in his sleep - KRON