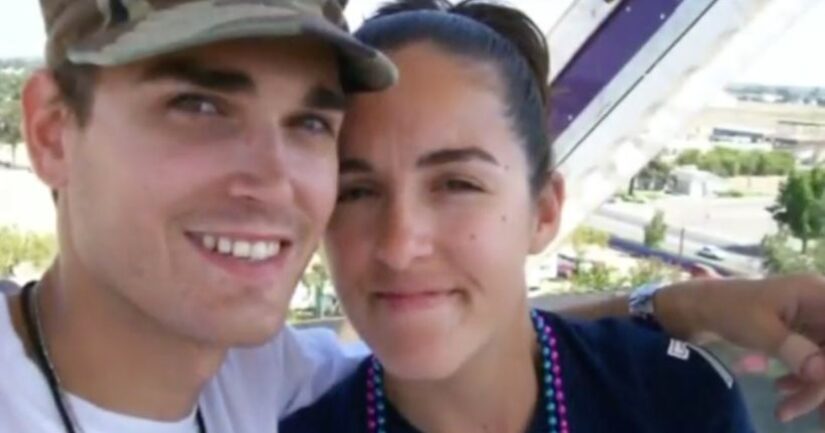 KANSAS CITY, Mo. -- (WDAF) -- A family has identified the woman found dead inside a Lenexa storage unit. Police made the discovery last week when checking on a father and his two young daughters said to be living there. The victim's family said the woman was Jessica Monteiro Rey.

Her family told FOX 4 her husband Justin Rey had their toddler and their five-day-old baby with him when police found them staying inside a U-haul storage unit. While there, officers discovered human remains, in several pieces inside a cooler.

A witness told FOX 4 he and his wife met Justin Rey at The Well in Waldo. While there, he told them he'd lost his wife in childbirth and was trying to take his daughters home to Arizona. The witness (who wanted to stay anonymous) agreed to take Rey to Union Station to catch a passenger train, but they first stopped at Rey's storage unit to pick up what he needed for the trip.

That's where the witness noticed Rey pulling a cooler that was leaking a trail of brown liquid. As they were leaving U-haul, Lenexa police showed up and took Rey into custody for child endangerment. Police said there was no food or diapers for the little ones.

Police and investigators haven't said anything about the case or responded to questions from FOX 4. But the victim's family said police in California told Jessica's parents in person and on the phone that they person found was their daughter. Jessica's family isn't sure if she died in childbirth, which is what her husband told the witness. They believe she gave birth at a motel in Missouri.