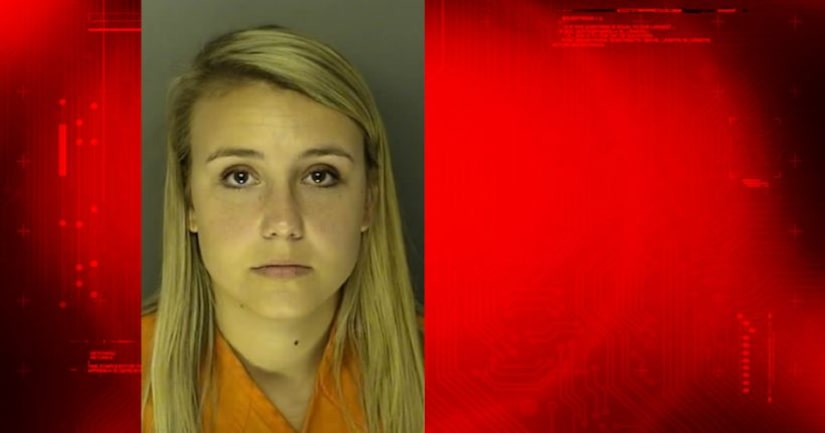 HORRY COUNTY, S.C. -- (WMBF) -- A woman has been arrested after leaving two young children unattended in a vehicle as she shopped in a grocery store, according to an Horry County Police incident report.

Ashley Greene Knight, 25, has been charged with two counts of unlawful neglect of child or helpless person by legal custodian.

Officers were flagged down to the parking lot of a Food Lion grocery store on Glens Bay Road in Surfside Beach Wednesday morning by a witness stating two young children were sitting unsupervised in a vehicle. Officers found the children, ages three and one, in the rear of the vehicle. The vehicle was running with the keys in the ignition and all the doors unlocked, according to the incident report.

After exiting the store, the suspect told law enforcement that she did not want to take the children out of the vehicle because it was cold outside and she was only in the store to “buy apples.”

A witness who was inside the store at the same time as the suspect stated that he and Knight were both in a part of the store where she was completely out of sight of the vehicle for an extended period of time, the report states.

The suspect told law enforcement that she has never left the children unattended before and felt that it would be fine as she “wasn't going to take a long time shopping inside.” A family member took possession of the children.