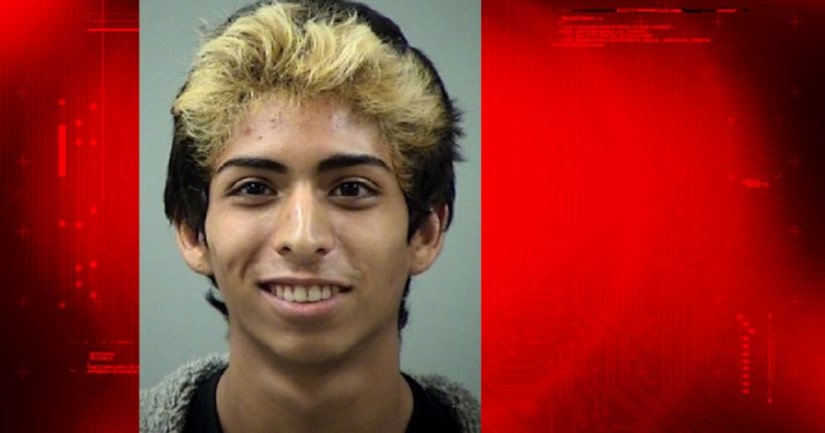 Police were called to a home on Lone Shadow Trail back on October 12th for a burglary in progress. When officers arrived, the victim told them he woke up to find someone inside his bedroom and that the person had left through a sliding glass door. The victim said he then discovered his Chihuahua dead in the hallway. Police said it appeared the dog had been "violently stomped to death."

The officers then found a brick had been thrown through a rear bedroom window. The victim said a television, several guns and a key ring with keys to his pickup truck and his motorcycle were taken along with his cell phone and his wallet.

Two days later, someone contacted police with a tip about the burglary, identifying Andrew Jesse King, and a 16-year-old male as suspects in the case. An affidavit states the tipster told police the 16-year-old had offered to sell him a shotgun. He said the teen admitted he and King had broken into the victim's home and had stolen some guns. He told the tipster King had attempted to strangle the victim's dog but was unable to kill it, so he stomped the dog to death.