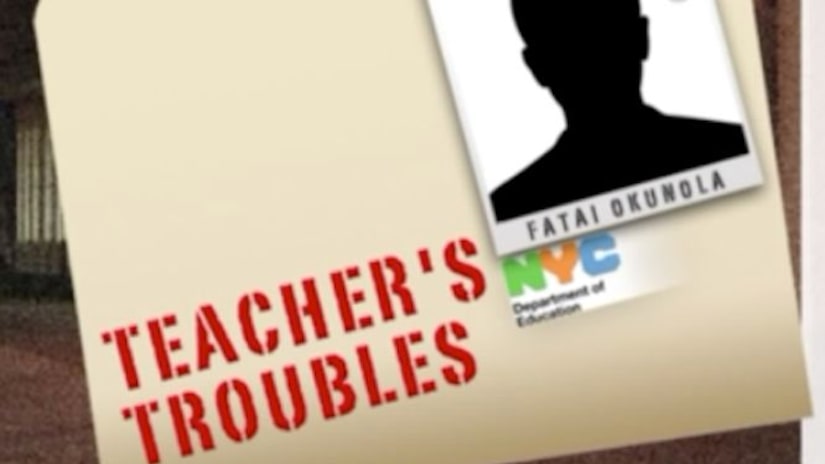 THE BRONX, N.Y. -- (WPIX) -- A teacher was arrested after allegedly slapping a student at a Bronx middle school.

Fatai Okunola, 50, was charged with assault after he was accused of hitting a 12-year-old girl, said police.

The student and her mother called police to the school Thursday afternoon, alleging that Okunola slapped her in the classroom Wednesday at I.S. 219, police said.

Okunola has faced complaints prior to Thursday's arrest, such as making inappropriate comments toward students. He was also suspended for 90 days in 2005 after allegedly giving students answers during a math test by writing answers on the back of paper rulers and leaving the classroom while proctoring, according to the Office of the Special Commissioner.