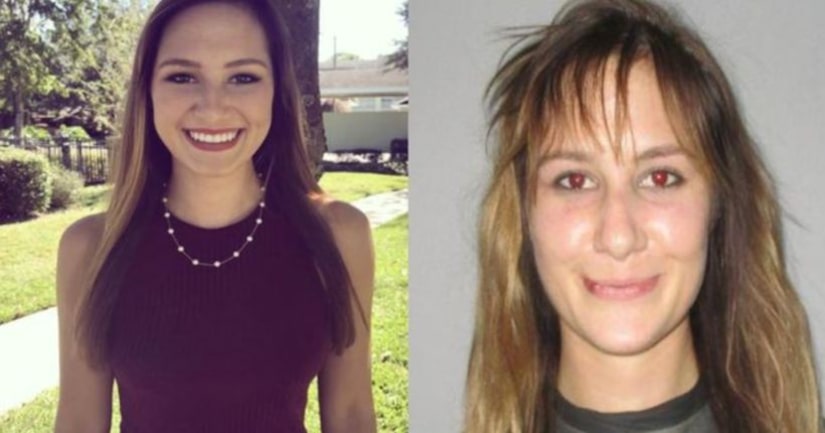 PALM COAST, Fla. -- (WKMG) -- A woman who made headlines after crashing a wedding says she never attacked any guests and was only there to confront her cheating boyfriend.

Shelby McDowell, 20, sent a statement to News 6 about the Oct. 21 situation saying she "never intended for it to have gotten so out of control."

McDowell claims that her boyfriend of two years, Darby Johns, was attending a wedding in Palm Coast on Saturday alone. McDowell says a friend told her that Johns and another woman were getting "too close" and says she drove to the wedding to investigate the claim.

McDowell admits to wearing a wig and sneaking into the wedding to spy on Johns, saying her intentions were only to confirm her suspicions, then leave the venue. She claims that she saw Johns and the woman kissing and says her "emotions took over." McDowell claims she walked over to Johns and the woman and threw a drink, only intending to hit Johns, but hit both of them. McDowell claims she did not punch the other woman at this time, contrary to the police report.

Next, McDowell claims she ran to a bathroom stall and began to cry, when four women began banging on the door demanding to know why she was there. McDowell claims she opened the door and told the women, "I am here because Darby and (another woman) were together, and Darby and I are in a relationship." She then claims she tried to leave, but was punched in the face, dragged to the ground and strangled. She claims she again tried to exit the bathroom, when she ran into the woman who was with Johns. McDowell then claims the woman "came at her" and she acted in self-defense.

Police were called to the scene and McDowell claims police instructed her that if she would not press charges, no charges would be pressed against her. She claims she was ready to leave when she was told that she had been charged with battery. She was then placed in a police car. McDowell says she was not questioned about the incident, and police only took statements from the woman, Johns, and the hotel manager, who she says did not witness the incident. "The woman and the four girls that attacked me were left off scot-free, while I spent the night in jail," she wrote.